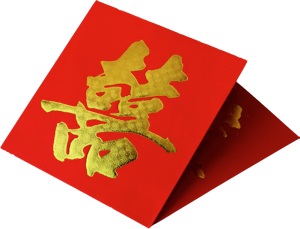 The happiness of Beijing residents is in recession for the fourth consecutive year. The reasons behind such state of mind are not exclusive of the Chinese capital and they represent the challenges the Communist Party will have to face during the year that has just begun in China.

In Europe, the year 2012 exudes pessimism. Conversely, according to Chinese astrology, the symbolism attached to this mythological animal will bring  power and intelligence in the year of the Dragon. Yet, magic won’t be enough. Rampant economic growth and high inflation are tremendously affecting the daily life of the Chinese.

Traditions like the statutory red envelope (Hong Bao) that should be handed to family members and children of close friends is suffocating family’s budgets. Instead of giving away small amounts of the so called lucky money, the envelopes are getting thicker and thicker. Red envelope rules must be followed and each year the amount of money can be either the same or higher than the previous one. But it can never ever be lower.

Such an equation is also hunting the country’s banking system, leaving open vital questions for 2012. Although this year will be an auspicious one, it will come with a serious crisis in Europa and a fall on exports attached to it. At the beginning of January, the National Audit Office unveiled irregularities of 531 billion yuan, as well as a local government debt of 10.7 trillion yuan, by the end of 2010.  2008 and 2009 stimulus plans, which were aimed at revitalizing the economy in a very short period of time, with the building of infrastructure, cities, apartments, offices and shopping malls sparked off this worrying data. The proof that these infrastructures were not needed is that nowadays the majority of them remain empty. The situation is almost irreversible.

At this point, restrictions on bank credit grants are of little use. Like in the case of red envelopes, a fall or a slower hike in property prices do not fit into the system, specially with investments that do not turn into high productivity levels in the long term. Under these circumstances, local governments lack the tools needed to repay their debt. Chinese prime minister Wen Jiabao throws a positive light when he says that

“the majority of local debt comes from high quality assets with promising results and wealth.”

Regardless of this being the case of the piled off local debt, behind Wen words lays the formula that the Communist Party should pursue when eyeing stimulus packages in the near future. Which has also the potential of resulting in a boost of domestic consumption. Nonetheless, the Chinese are already unable to follow the high pace of the country’s economy.

At the beginning of February they put an end to the fifteen day long Chinese New Year celebration with their traditional ritual of taking the streets to light fireworks in order to protect themselves from the devils. This year, however, celebrations have been rather silent. Inflation has also hit the colourful gunpowder and the Chinese preferred to be cautious and not to spend much on an also dangerous tradition. This state of apathy does not favour the risky business of finding the balance between economic growth and easing inflation, crucial to guarantee a soft landing of China’s economy.

Be the first to comment on "The red envelope"