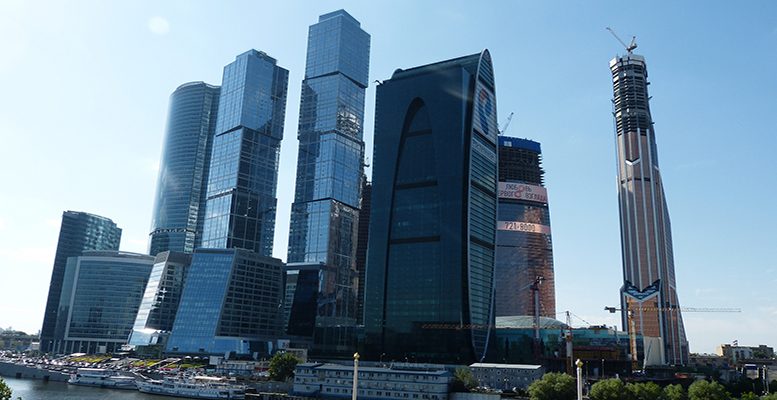 Russia is hoping that in 2017 its economic indicators will look brighter again after three years of questions over the country’s economic health due to sanctions, rock-bottom oil prices and a rouble which has lost half of its value.

The storm is over, but it hasn’t stopped raining. Although the forecasts are better, the sums still don’t add up. The Russian economy contracted 0.6% in 2016 compared with 2015 and real revenues also fell 5.9%. The Russian government hopes that GDP will strengthen in the first quarter and the country will emerge from the recession.

Moscow has never begun a year with such an open outlook. Prime Minister Dimitri Medvedev has acknowledged that the delay in innovation, the dependence on the energy sector and the state’s excessive role are still dragging the Russian economy down.

But the fact is that neither the sanctions from the West, nor the bouts with oil at 35 usd/barrel, nor the recession, nor the wars have thrown the country off course. Europe and the US have suffered much more due to the crisis and its secondary effects – Brexit, Trump, populism movements in the EU – are providing Moscow with new opportunities.

The confrontation with the West and Russia’s return to centre stage on the international front has allowed the government to change the focus of public debate. There is talk of a loss of purchasing power, but also of the supposed fascist threat in Ukrain, the importance of Bashar Al Asad as a partner to curb terrorism or Donald Trump’s arrival in power, the man who finally is going to show Moscow respect.

This is the third year in the row when revenues have fallen. They declined 3.2% in 2015 and 0.7% in 2014, for the first time since Russian President Vladímir Putin came to power in 2000. But his popularity ratings are still at 80%. Working this painless magic would not have been possible without the help of the demography. The country is divided between the generation which remembers much worse economic misery and the one which only knows Putin and has difficulty in imagining anything beyond that.

It’s widely thought that the economy touched bottom some time ago. Now Putin has forecast that it will grow in 2017, which has been corroborated by the IMF. The government is preparing a development plan for GDP to exceed the world average from 2020. But for the time being, domestic consumption remains the outstanding issue. The hope is that the rouble will be less volatile in 2017, with inflation controlled at 4%.

Trump’s arrival, the possibilities of Marine Le Pen or François Fillon in France and the UK’s deviation from Europe are fuelling hopes for an end to sanctions which make it difficult to gain access to credit and have denied Russia western technology for mining hydrocarbons. Exxon lost $1 billion for cancelling exploration in the Artic. The boss of that company at the time, Rex Tillerson, is now the US Secretary of State. There is room to negotiate.

Once again the issue of liberalisation is pending. Alexei Kudrin, ex-minister of Finance is one of the few liberal voices in the establishment which surrounds the president, a group full of the ‘siloviki’ – members of security services police and armed forces. Kudrin blames the lack of dynamism on a state “which is inefficient and controls everything” and has given a prediction: without reforms, the country can grow 2%, and with reforms, 4%. But in the Kremlin they are afraid to disrupt a centralised economic system which in the 1990s already showed that it can be unmanageable.