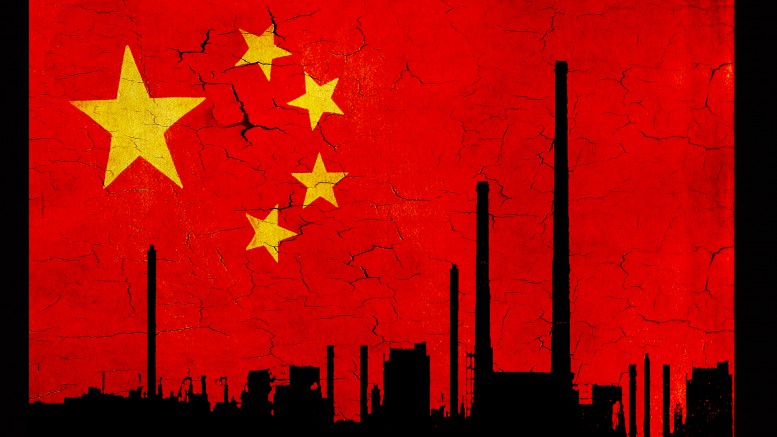 In 2014, the U.S. economy made a U-turn that is set to shape a new world order. The U.S. Federal Reserve stopped buying T-bonds, the U.S. dollar has been rising, the pre-crisis bloated external current account deficit shrank by 58 percent and the rate of unemployment is at 5.8 percent.

This picture shows that the global financial crisis, at least in the United States, is over. Some powerful factors have played in its favor: investments in the oil and shale gas industry, and a shrinking current account deficit, which hit a 16-year low of 1.9 percent of GDP this year. The effects of the energy boom and cheaper energy, notably natural gas, and the rally in global equities generated by the Fed’s third wave of quantitative easing – which boosted investment income – have aligned to realize the dream of a U.S. manufacturing renaissance. This crowning achievement is estimated to cut imports and boost exports.

If these numbers tell a story, it is that the U.S. is making the most of the crisis, fixing its huge pre-crisis imbalances and rebalancing the economy to pursue a healthier course. Yet, this uplifting story has downsides, which to use to Andrew Sheng’s words bring to mind the Triffin dilemma.

“The time will come when the U.S. economy shrinks its current account deficit and decreases dollar liquidity, creating a debt-deflation trap for the emerging world,” Sheng said. “If the leading central banks do not step up to provide compensating liquidity for the rest of the world, which is still growing faster than the advanced countries, then there will be a credit crunch.”

We are living in that time and a serious question arises over what factors are likely to cause the U.S. to rebalance the global economy, especially for those countries that most rely on the U.S. dollar. A shrinking U.S. current account deficit, a rising dollar matched to a flight-to-quality, and especially a reduction of U.S. dollar exports (petrodollars), are set to reduce the supply of dollars in the global economy.

In economics terms, this signals the Triffin dilemma. The always-useful Wikipedia definition states:

“The Triffin dilemma or paradox is the conflict of economic interests that arises between short-term domestic and long-term international objectives when a national currency also serves as a world reserve currency. The dilemma of choosing between these objectives was first identified in the 1960s by Belgian-American economist Robert Triffin. He pointed out that the country whose currency, being the global reserve currency, foreign nations wish to hold, must be willing to supply the world with an extra supply of its currency to fulfill world demand for these foreign exchange reserves.”

A reduction in the supply of dollars and a stronger dollar value, which are legitimate outcomes of national policymakers, are set to trigger a credit crunch and increase expenses for developing dollar-dependent economies with trade currencies and foreign reserves denominated in U.S. dollars.

Emerging economies, which are still the most dollar-dependent, are set to take the brunt, as they are mostly required to pay for trade transactions in U.S. dollars.

The dollar is still abundant because the Fed is stuck at a zero rate. Yet a shrinking supply is expected to occur faster than anticipated. Questions arise regarding whether the present international monetary system under the Fed’s leadership is willing to supply emergency funds on a whopping scale. Should a full-size liquidity crisis develop, where would fresh liquidity come from to keep the world economy going?

This gloomy scenario is evidence that the current monetary system is fated to fall under the gyrations of the Fed’s monetary policy once again. Capital flows are still driven by U.S. monetary policy. Two episodes of swift capital outflows from emerging economies appeared in 2013 and October 2014. Both were triggered by the Fed’s announcements that it would stop buying T-bonds and raise rates. Capital outflows from emerging economies and even from Europe have flattened yields of Treasury bonds with the dollar still at a zero rate, while spreading up yields on eurozone periphery bonds will eventually force central banks to increase interest rates in emerging economies.

The classical Triffin dilemma predicts that fixing the problem with an alternative reserve currency is inherently impossible – “my currency, your problem” – and that the only solution is a kind of synthetic “global currency” resulting from a balanced basket of major currencies.

Still, fresh evolutionary dynamics are surfacing in the monetary system and outshine the “global currency” hypothesis. The real world of monetary markets, and even of conservative central bank reserve managers, seem prepared to accommodate the Chinese yuan, the new entry from Asia, in order to diversify risks, and in doing so is anticipating the need for a more balanced monetary system distributing risks and opportunities among major reserve currencies.

China’s yuan, also called the “redback,” became one of the world’s top 10 most-used currencies in 2013. By 2020, it will be widely used in international trade and finance.

Indeed, an outcome of China’s approach to internationalizing its currency to promoting its use in settling foreign trade has encouraged its use in cross-border investments. In establishing offshore yuan centers, China’s policymakers have responded to a dearth of U.S. dollars in the middle of the 2008-2009 crisis.

If the move to the internationalization of the yuan was driven by the necessity to keep trade going, in less than three years the yuan has overtaken the euro, becoming the second-most used currency in trade finance. A yuan zone seems set to rival the “dollar zone,” which has dominated the post-war monetary system. The boundaries of this new currency area are clear in Asia, where the yuan has emerged as reference currency, and among the BRICS countries, following a decision to create two key entities – the New Development Bank and a Contingent Reserve Arrangement – designed to form a developing world alternative to the two institutional bulwarks of the “dollar zone,” the World Bank and International Monetary Fund (IMF).

At present, yuan internationalization is a high velocity gear that only depends on China’s policymakers to make it a global currency. For China, this implies that policymakers will fix the domestic bank-dominated financial system that still depends on politically determined exchange rates and interest rate decisions, and resolve to get rid of financial repression that hampers both domestic demand and private sector financing. As Nicholas Lardy argues, lifting financial repression in China would achieve a critical step forward in rebalancing the economy toward domestic consumption. Meanwhile, with a strong and more sophisticated financial environment, and liquidity and depth to manage volatile exchange rates and capital flows, the yuan could well graduate to a full-fledged reserve currency, helping to fix the current lopsided monetary system.

International dynamics seem very eager and active in welcoming the yuan, as yesterday did the euro. It’s up to China’s leaders and international monetary institutions – the IMF for one – to prepare the field and fix the current outdated monetary regime, and drive smoothly toward a more stable multi-polar monetary system.

*Miriam L. Campanella is a senior fellow of ECIPE Brussels at University of Turin

Be the first to comment on "A tale of US rebalancing, a looming liquidity crisis and the yuan’s arrival"