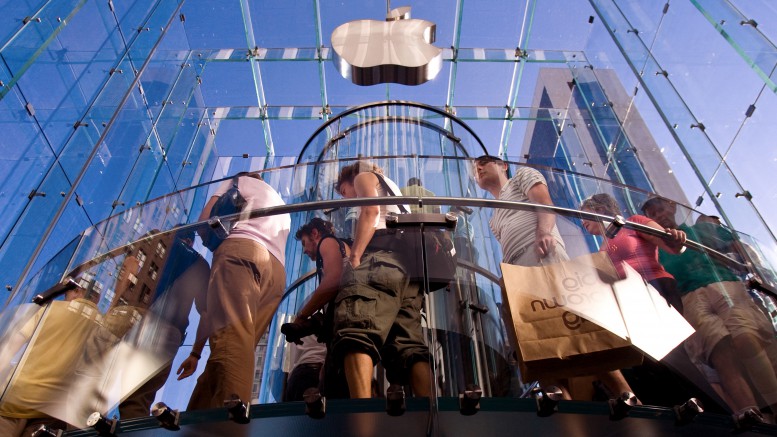 But there are further reasons. One is the so-called “activist investor”, who focuses on purchasing a block of shares, gets a representation within the Administrative Board and proceeds to make life miserable for the company’s management team. Furthermore, it is abundantly clear that it is more profitable to get into debt than to invest in the current climate. Added to the mix is the fact that large American firms have excess liquidity and don’t know what to do with the money.

During the recession, these companies had to adjust their staffing and salaries dramatically, and have now started to tentatively expand their workforce.

Consider, for example, what the Census Bureau said last month: US citizens’ average income increased by 0.43% in 2013. Not surprisingly, they are still 7% below 2006 (in real terms) –which was the last year before the burst of the housing bubble.

The best example of the repurchasing strategy is Apple. In two months’ time, the company will complete a plan whereby the firm will have spent $90 billion (€71 billion) in only two and a half years on the repurchasing of shares.

From the point of view of the Spanish stock exchange, this is a huge figure.  The company spent as much on purchasing its own shares, as Santander-the eurozone´s biggest bank-holds in assets. However, a great proportion of this amount will not come from the $18 billion in liquidity that the firm owns in the United States, or from the $138 billion it owns overseas.

Instead of making use of these reserves (which, if repatriated, would incur a 35% corporation tax), Apple has chosen to issue debt at 2.7. Taking into account the rise in the share price, the share split in 7 parts from last June, and the dividend (which had never been distributed until 2012), it appears that Carl Icahn, who bought 0.9% of the firm last year, has seen his share increase by 50%.

But this is not enough for Mr Icahn, who is the prototype of the “activist investor”: he now wishes to purchase more of the company’s treasury shares in order to make Apple´s share price increase by another 100%. The size of the company’s treasury shares is unique. As a matter of fact, it is the sign of a bigger problem: companies in the US don’t know what to do with their money. This is a problem of €2.83 trillion ($3.59 trillion), which according to Bloomberg, is the amount that firms at the S&P 500 have in cash and in Treasury bonds as well as in other liquid assets and secure assets.

*The second part of this article will be published next week. Stay tuned!

Be the first to comment on "US companies: When having too much money is a bad sign (I)"