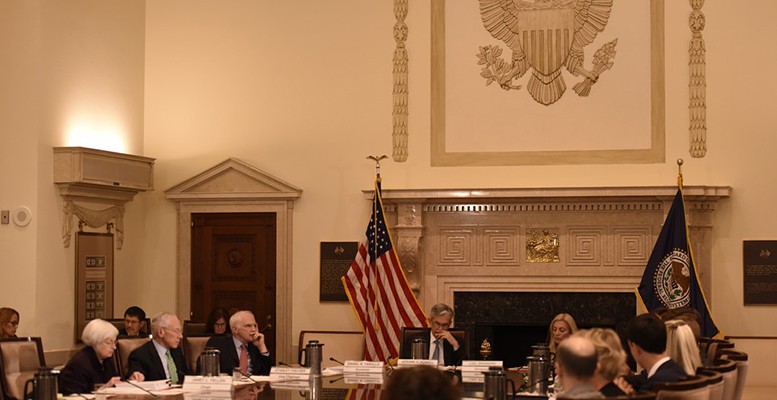 In a few days the Fed will meet and, inevitably, will raise interest rates. It is inevitable because it would contradict its discourse if this doesn’t happen. In the short-term it is unlikely to present any problems, because the move is already discounted. But there is something worse: there is the risk that the Fed makes a mistake which it later has to rectify, as has happened in other countries. Sweden is the main example.

The optimists predict that interest rates will continue on an upward trend, as the economy is almost at full capacity. But the pessimists, like Larry Summers, think that the optimists are wrong, providing very strong arguments.

The Fed’s logic is more or less the following: jobs are being created at a fast pace, so much so that salaries, which were stagnant, are beginning to rise. Furthermore, productivity is conspicuous by its absence, which predictably means that the wage increases will be passed on to prices almost immediately. Inflationary drums are being heard, but these need to be silenced before expectations are consolidated. So the optimists conclude from this that the Fed will hike rates, and that in a year’s time market rates will be 1.5% higher, with the economy growing at 3%.

Response to this scenario: firstly, the expectations for improvement have been revised sharply downwards for a number of years, so why not this time? Secondly, the stagnation in productivity might be due to the increase in employment, but also because growth expectations have been sistematically frustrated: companies would have hired too many people by mistake, which means there would shortly be an increase in the number of lay-offs.

Summers believes that the Fed cannot raise rates by much more than 1 percentage point without the economy feeling the effects. History tells us that when the recession begins, the Fed has to cut rates by 3 percentage points. We are living in strange times, and we don’t know when the economy will deteriorate again (in reality we have never known how to predict this). And so we (the Fed) will start from a level of interest rates which is too low and the real neutral rate will be out of reach. An interesting argument.

Of course there are areas of the economy which have not consolidated. And even less so in the rest of the world, which could be more affected by the Fed’s rate hike.

From a business point of view, the Fed’s rate rise would mean higher financing costs and, as a result, lower profits. This is already apparent in the earnings declared in the stock market. Bear in mind that there is a two quarters’ lag in earnings data.

The Fed has to raise rates, it has no option. It has issued its own sentence.