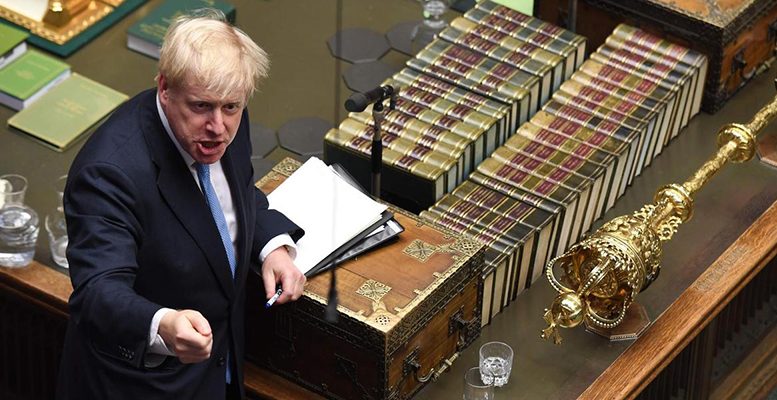 Posted By: The Corner 9th September 2019

Peter Isackson via Fair Observer | From politics to science and the arts, we need to understand how “influence” works and how the notion has evolved in recent history.

In the midst of what has become the excruciatingly hyperreal drama of Brexit, British Prime Minister Boris Johnson, hoping to call for a snap election that he may be prevented from having, quite logically finds himself scrambling for votes, especially from the opposition Labour Party. He’s obviously hoping to draw the Labour Brexiteers to his cause. But in a more subtle move, he sees the opportunity to exploit the enduring campaign within the Labour Party by its Blairite wing that has been seeking to oust leader Jeremy Corbyn, whom they accuse of being anti-Semitic.

This rift in Labour may have induced Johnson to highlight his excellent relations with Benjamin Netanyahu, the current prime minister of Israel (at least until September 17th when new elections will take place). Johnson is hoping that the Jewish constituency of Labour and the Blairites will seize the opportunity to abandon their contested leader, paving the way to a Tory victory. What better way to do that than to display the solidarity between two extreme nationalists who also share a taste for Islamophobia?

Netanyahu has an even stronger motivation than Johnson’s. He is eager to enlist the anti-European British prime minister’s support for opposing the French initiative that would allow Europe to purchase Iranian oil, providing a way around US President Donald Trump’s secondary sanctions applied in his economic war against Iran. French President Emmanuel Macron has taken this bold initiative in the name of Europe’s ongoing commitment to respecting the Iran nuclear deal that was thrown into chaos in 2018 by Trump’s unilateral action carried out in the name of undoing his predecessor’s policies.

The Guardian offers this observation: “That Johnson has cleared his diary in the middle of domestic political chaos is a tribute to Netanyahu’s influence in Downing Street.”

In a change of context while remaining on the subject of “influence,” this news from the past century caught our attention. In 1946, Albert Einstein offered some insight into the philosophical origins of his theory of relativity. He attributed an influence to two thinkers: the 19th-century physicist Ernst Mach, whom Einstein credited with what he called the “Mach’s principle” that he included in his formulation of relativity, and going further back to David Hume, the 18th-century English philosopher.

In the words of Einstein: “How far [Mach’s writings] influenced my own work is, to be honest, not clear to me. In so far as I can be aware, the immediate influence of D. Hume on me was greater. I read him with Konrad Habicht and Solovine in Bern. However, as I said, I am not in a position to analyze what is anchored in unconscious thought.”

1. A source of inspired thought or effective style

Some words of the language lend themselves to definitions that may seem totally opposed. The verb “sanction” is one, since it can mean to “approve and protect by giving permission” or “act forcefully in disapproval and penalize.” Influence in all cases describes an effect that results in a “flow” in one direction (fluere in Latin means “to flow;” influere, “to flow in”).

When we learn that the philosopher Hume influenced Einstein, it was Einstein who initiated the movement as a positive demand for inspiration. Hume applied no force on Einstein’s mind other than the persuasiveness of his ideas and their relevance for his own research. Netanyahu’s influence on Johnson operates as a kind of assertive power and a desire for control initiated by Netanyahu.

In science and the arts, influence represents a natural cultural force that inspires. In politics, influence translates as an unnatural play of interest in a complex game of power.

Einstein was not a philosopher nor, despite the importance of his theories and their impact on an entire civilization’s view of the world and the universe, did he ever aspire to play the role of philosopher. At the level of pure thought, the example of the other influence cited, that of Ernst Mach, is revealing: “Mach was also known to argue that the only way to explain the phenomenon of inertia was to assume that all of the masses in the universe were somehow connected.”

This philosophical notion of interconnectedness not only helped Einstein to elaborate his surprising theory of relativity that contradicted traditional beliefs about the universe, including some of the principles of Newton’s laws. It also helps the rest of us non-scientists to understand some of the aspects of why relativity is a valid theory of the universe. At a purely cultural level, it links at least metaphorically with our understanding of ecosystems,

History and culture evolve through the effects of influence. This takes place through communities of thinkers, artists and scientists who share their insights, experiment approaches and styles, absorb and, more often than not, publicly acknowledge the influences that led them to their achievements. Throughout history, influence — the kind that Einstein acknowledged — has played a major role in broadening and deepening all forms of culture and science.

Our postmodern age has seen a strange shift in this state of affairs due to the enshrining of property as the ultimate and increasingly unique reality governing human relations. In an interview published by the French magazine, L’Obs, Thomas Piketty, commenting on his latest book, insists on our need to effectuate a major cultural shift. He tells us “private property must stop being sacralized.” In his book he explains how private property has evolved into an absolute concept, defeating the pillars of any vibrant social culture.

In most intellectual domains, influence of the positive, Einsteinian variety still exists, but thinkers and artists now have to be careful. Some forms of influence may turn out to be costly when an army of lawyers claims that the creator has stolen someone else’s intellectual property, wittingly or unwittingly. On the other hand, politics and economics have come to be dominated by the kind of influence alluded to in the case of Johnson and Netanyahu: the influence of power, money and the unavowed exchange of favors.

Public policy is guided by the influence of lobbyists and campaign contributors. Military alliances are defined through subtle forms of influence and sometimes tacit agreements. Business increasingly relies on networks of influence. And, of course, the rise to cultural dominance of social media has given birth to a generation of “influencers,” who are not creative people who inspire others but instead assertive people who find any serious or trivial means of establishing their notoriety and getting followers or hits. And, to return to Piketty’s point, the followers and hits become the “property” of the influencer, the asset through which they can not only monetize their supposed talent, but also have an impact on areas where they have no talent.