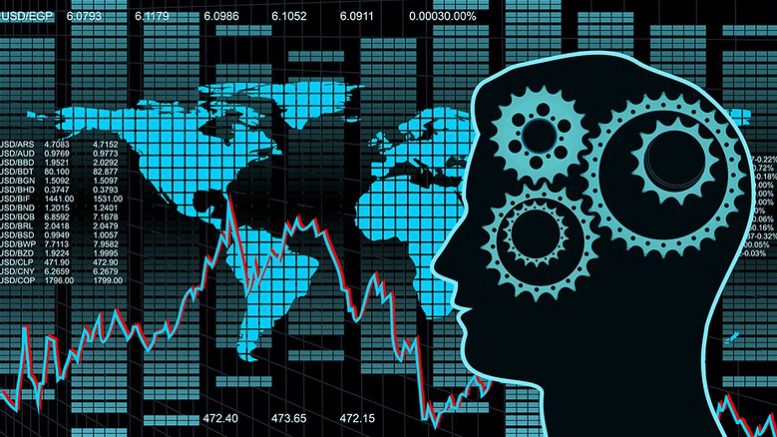 Peter Isackson (Fair Observer) | Some 60 or 70 years after achieving political independence, the “global south” must liberate itself from the latest form of colonization.

Ulises Ali Mejias, co-author of “The Costs of Connection: How Data is Colonizing Human Life and Appropriating It for Capitalism,” has penned an article in which he draws our attention to a seemingly invisible fact when he claims that “there is a new form of colonialism emerging in the world: data colonialism. By this, we mean a new resource-grab whereby human life itself has become a direct input into economic production in the form of extracted data.”

The concept merits our attention because of its far-reaching implications for both the economy and geopolitics. Through the recent trials and tribulations of Facebook — and the Cambridge Analytica scandal in particular — the world has learned about the monetizable value of behavioral data. It’s something people formerly assumed to be as elusive, intangible and lacking in value as the air we breathe. It turns out that as soon as someone has data in their hands, it translates into either money or power, or more likely both. And in the age of big data, the bigger the data, the more concentrated the power. In some sense, the person who possesses both our data and the channels to our data holds us in a virtual prison from which we may never escape.

The novelty of the concept of data colonialism lies in its political dimension. With the rise of big data as a sector of the economy, we have also witnessed the emergence of the idea that data is the raw material of artificial intelligence (AI). Because warning voices now predict that AI will have the capacity to take over not just the economy but the world, data has become what oil was to the 20th century: not only the fuel of industry, but also the factor that orients every major nation’s foreign policy. And the risk is not just the potential to influence elections, but also the risk of controlling entire economies and cultures through unaccountable decision-making conducted in the name of a supposed, more complete understanding of the facts.

The Western world only became cognizant of its own dependence on colonialism when it was forced to decolonize after World War II. That is when a civilization that thrived on the supply chains and production modes provided by colonial networks began to realize that colonialism had become a way of life rather than a random effect of history.

For the best of two centuries, Europeans and North Americans reacted to the reality of the colonial economy in the same way they reacted to the air they breathe. It was part of the natural landscape. They were surrounded by its products. It not only kept them alive, but also increasingly in possession of new objects and consumables that appeared out of nowhere. The fact that none of that would have been possible without colonialism never dawned on the average consumer, even if they were aware of the existence of their nation’s colonies. Their understanding was that it was a form of cooperative friendship or exchange by which their advanced civilization was bringing sophisticated knowledge and culture to the backward people, who could thus be gradually ushered into the modern world.

In some ways, Prime Minister Boris Johnson’s victory in the UK general election on December 12 illustrates that this ignorance has never been cured. Previous generations of British politicians lived through the trauma of decolonization and had to deal with its reality. This actually helped them to understand the interconnected nature of the modern economy and the necessity of working within stable networks. Once Britain had lost its colonies, it made sense to connect to Europe.

At the same time, no one — not the schools nor the media — bothered to explain to the younger generations of the working class and middle class either the shame of colonialism, the humiliation that decolonization represented for other peoples or even the necessity in the modern world of being part of a stable economic network. With a vague memory of the comfort of a colonial empire that made Britain thrive as a manufacturing nation, the working class saw Brexit as a possible return to a past in which Britain alone could establish its friendly relationships with the rest of the world, unencumbered by the restrictions of European bureaucrats.

With the exception of the US, which denies the very existence of its own neocolonial empire, the rest of the developed world seems to have a clearer understanding of the concept of colonialism and its impact on history. Not perfect, but definitely clearer. China certainly has, as it has found original ways of employing the colonial mindset while steering clear of the ideological justifications attached to the idea of bringing culture to the savages. And President Xi Jinping’s China clearly understands the power of data.

Mejias argues that data, though it appears invisible, possesses the kind of value that colonial nations used to exploit. It isn’t just the monetary value of the data an enterprise possesses. It’s also the virtual political control over the behavior of the population from whom that data is extracted that consolidates its value. It’s both money and power. And, when well-managed, with zero extraction costs!

The model already exists in the developed world, which is why Europe has already begun to rebel against its own virtual colonization by US companies — the GAFAM (Google, Amazon, Facebook, Apple, Microsoft) — that have focused on vacuuming up most of the critical data of their own populations. Europe has recently reacted by taking legal action and seeking ways to tax the activity of the data barons, but the resistance of the tech giants, aided and abetted by the US government, has been ferocious.

Mejias and his co-author, Nick Couldry, push the idea further by drawing attention, not to the rights of individuals who provide the data or even of the nations they belong to, but to the possible initiative of the “global south” that they hope will somehow unite to reclaim their extracted wealth with a view toward the long-term goal of “the disentanglement of the Global South‘s economy from this new form of colonialism.”

From the 15th century onward, the power brokers of the European nations that were emerging from the feudalism of the Middle Ages discovered and then perfected the political science of colonialism. This new science aimed at using military presence and political control to ensure the efficient extraction of raw materials and sometimes finished goods from regions of the world that were not aware of the commercial potential of what they owned or controlled.

The industrial economy that developed in 18th-century England and gradually spread across the globe could only be materialistic. It focused on producing and commoditizing physical objects. People would have found strange the idea that there could be any value other than that pertaining to physical objects. Today, people in the world of finance, technology and data who understand value see it not as something intrinsic to an identifiable object, but primarily in terms of the perception by people in a marketplace of relative (and fluctuating) monetary worth.

As the UK general election and, to a large extent, Donald Trump’s victory in 2016 show, the average citizen hasn’t adapted to this type of reasoning. Whereas they know the price of the iPhone, the car, the TV or the internet access they buy — which they put their hands on and manipulate every day — they have no idea of the value for others of their purchasing and user behavior as it translates into data.

The global economic system is designed to perpetuate the idea of dependence of poorer and less powerful nations on the rich nations that have the financial, technical and, to an extent that remains largely unrecognized, the military means to innovate and impose the fruit of their innovation on others. The colonial model is alive and well in the prevailing ideology that defines the globalized economy.

The lone individual who in recent history has effectively succeeded in creating a revolution that has changed the face of the world itself is Tim Berners Lee, the inventor of the internet. Bucking the ideology of possessive control, he refused to patent his invention, own it and live off its rents. Aware of his heroism, in 2017, “The Just Net Coalition, a network of internet accessibility activists hailing from the Global South,” solicited Berners-Lee to block what they call an initiative of US-led “digital colonialism” in the form of Encrypted Media Extensions (EME) that would “allow large publishers to control what end users do with their content.” Berners-Lee ended up taking a neutral position on EME. But, apparently, he had something else in mind that will be playing out in the near future.

At the end of November 2019, Berners Lee announced the launch of a “contract for the web,” which Facebook and Google have signed onto “to protect the web as a force for good, bringing together companies, governments and citizens from around the world to say these are the things that need to be done to put things back on the right track.” If the resulting specifications have enough teeth, effectively empowering governments in the “global south” to use it as a blueprint, and the GAFAM and others respect its goals, there is some real hope of achieving digital decolonization.

The consumer society was built on the unimpeded access of private enterprises in the West to the resources of every region of the world. It would be the ultimate irony if the “global south” were to claim inalienable ownership of the one resource that doesn’t require Western investment, organizational and management skills to extract, even if for the moment the technology that allows its materialization is supplied by the big technology companies of the West and China. As Mejias suggests, “there are already technological models that the Global South could adopt to provide services that respect people’s privacy and do not exploit their human desire to connect.”

This article was originally published by Fair Observer.