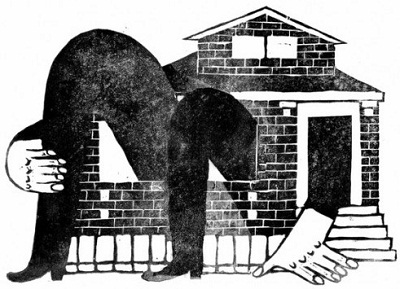 NEW YORK | One of the current most visited exhibits at the Museum of Modern Art in New York is not dedicated to pop-art nor surrealistic sculpture but to mortgages. Foreclosed calls the home ownership American dream into question and shows how the suburban development has been not only environmentally aggressive in some states but financially unsound.

“Many of the low-income people who bought at the height of the bubble owe more on their mortgages than their houses are worth. And instead of helping people build equity and offering a chance at middle-class life, home ownership actually has reduced social mobility by turning our most vulnerable citizens into debt slaves with ruined credit histories,” says the information provided by the exhibit curators at the Moma.

The unexpected installation shows different proposals by of architects, urban planners, ecologists, engineers, and landscape designers who imagine new models of accommodation that enable people to live and cope with the crisis.

The housing bubble affected millions of Americans. Four million families lost their homes to foreclosure between the beginning of 2007 and early 2012. Nearly six years after home prices peaked, this continues to be a major polemic issue in the U.S.

In February this year, government authorities and five of the nation’s biggest banks (Bank of America, JPMorgan Chase, Wells Fargo, Citigroup and Ally Financial) agreed to a $26 billion settlement that could help almost two million current and former American homeowners. It was a big relief indeed, but for a small percentage of the victims.

Many communities in California, Florida and the southwest have seen their home values were cut in half, while the unemployment soared. Between 50 to 70% of borrowers have a home that is worth less than the value of their mortgage today. Despite home value gains, one in three mortgages are underwater, that is more than 15 million homes and a total negative equity of $1.19 trillions, according to real estate site Zillow’s Negative Equity Report, which was released few days ago.

“Negative equity remains an issue for the housing market as a whole, and poses a risk to any recovery. Not only does negative equity tie many to their homes, by making homeowners unable to move when they may want to, but if economic growth slows and unemployment rises, more homeowners will be unable to make timely mortgage payments, increasing delinquency rates and eventually foreclosures,” Zillow Chief Economist Stan Humphries said.

The financial turmoil in Europe has certainly affected Americans in different ways. Interest rates fall, at least on government bonds (also credit spreads and the cost of borrowing tend to rise because of general riskiness). Mortgage rates are historically quite low because of the Fed’s policy of keeping interest rates low, but also because when there is financial fear people want to buy Treasuries.

“Most mortgages now are Fannie Mae and Freddie Mac, which are under a conservatorship arrangement with the U.S. government. They’re about as close as full faith and credit as you can get to government securities, so they benefit from that flight to quality. (…) I think the combination of Treasury policy and Fed action has really made mortgages trade pretty closely to Treasuries–so they tend to benefit from that,” explains Richard H. Clarida, Professor of Economics at Columbia University at The Council on Foreign Relations.

Be the first to comment on "The underwater America"