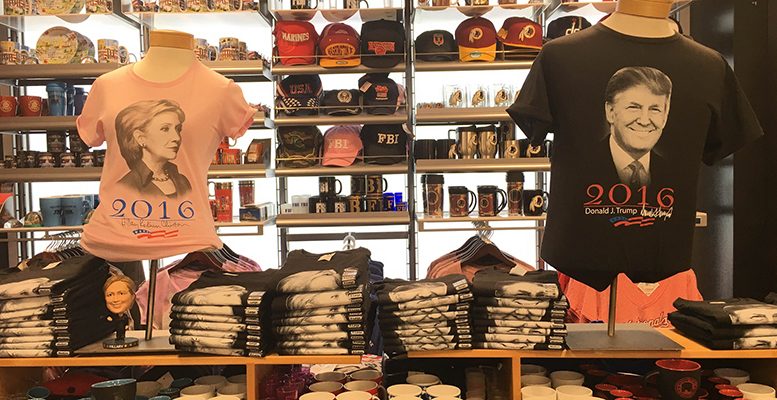 Natixis AM | The two US presidential contenders offer very different programs, and often vastly diverging, solutions. The combination of both would have a number of somewhat contradictory effects that would affect all US citizens.

In the Democrats’ program, as embodied by Hillary Clinton, the overall approach is based on the acknowledgment of the current long-term stagnation in economic growth i.e. a situation characterized by insufficient private demand to ensure robust growth, as well as by major revenue inequality. The solution put forward by Hillary Clinton is to implement an infrastructure investment program, which would be financed by more hefty income tax on the highest earners, thereby giving domestic activity a boost and hence reducing inequality in order to gradually eliminate the risk of long-term stagnation. The program’s aim is to put growth back on an upswing by reallocating resources towards infrastructure investment, and this increased investment should in turn heavily encourage private investment. The program would be financed by higher taxes, so the impact on the public deficit would be limited and the public debt profile would only increase very slightly, and probably not be much different to what is currently projected by the US authorities.

Donald Trump’s program takes a different take on the economy. It is based on two major principles: the first is to considerably cut back household and corporation tax in order to bolster domestic demand; the second is to give the United States back its power and independence of bygone days. This involves pulling out of trade commitments and treaties, and international political commitments, as well as the implementation of a more protectionist framework with a significant hike in customs duties, particularly with China. The overall aim is to drive the domestic market, while reinforcing the United States’ independence from the rest of the world.

Lasting consequences for the economy

The combination of these two major principles would have a number of somewhat contradictory effects that would affect all US citizens. The program to reinvigorate demand via tax cuts and infrastructure spending would lead to an increase in imports as Americans have been dependent on the rest of the world for manufactured goods for a long time, from Asia and especially from China. The external deficit would therefore increase. But at the same time, the aim of making the country more independent would lead to a negative shock on world trade with the risk of retaliatory measures from all countries hit by this new US policy. We can therefore expect pressure on customs duties and a contraction in world trade. All players in the US economy would be affected, not only companies that export but also companies that depend on exporters, and all Americans would be affected by retaliatory measures, so we cannot rule out a serious drop in activity. Slow or even negative growth and sharp tax cuts would combine to push up in the public deficit and lead to an unprecedented rise in public debt.

The choice of candidate will have lasting and very diverging consequences for the economy. For the rest of the world, the impact will also be very different depending on who wins. If the Democratic party wins, we know that Clinton is not opposed to free trade, although she is not a fervent supporter either (particularly the TTIP), so in other words she will not take protectionist measures but neither is she like to force greater trade agreements between countries or zones. From a political standpoint, the role the US plays in the worldwide equilibrium would continue.

The end of the Fed’s independence?

If the Republican candidate is wins, then the situation will look very different. The shock on world trade would affect all participants in the world economy, driving activity down. No-one will escape this negative shock, and in particular China. Canada and Mexico, which do considerable trade with the US, would also be penalized, and Europe would also be affected by this radical change. The other point to note is that the Republican candidate does not want to see the US guarantee world security, contrary to the situation we have witnessed since the Second World War, and this would cast doubt over NATO membership. There is a risk that this situation would create a context for mistrust and suspicion, which is never good news for growth.

Furthermore, as regards the overall impact of policies already implemented, Hillary Clinton is in favor of the agreement reached at the COP21 and wants to develop investment in alternative energy. Meanwhile, the Republican candidate has questioned this world climate agreement as he wants to go back on the limits that were established on CO2 issues and monitoring.

The two candidates’ attitude on the Federal Reserve is also very different. We can expect few changes from Democrats: the candidate would guarantee the Fed’s independence and Janet Yellen could seamlessly continue to manage US monetary policy.

The Republican candidate’s approach is radically different. This can be seen in the vast number of criticisms of Janet Yellen’s strategy. The danger is that he could attempt to reduce the Fed’s independence, either heavy-handedly by changing the law, or by revisiting an objective from Republicans in Congress to cut back the central bank’s leeway, all with the aim of forcing the Fed to follow precise rules in its management of monetary policy. The Fed could still be independent in legal texts, but in practice it would not be.

On November 8, the Americans will make a decisive choice between two candidates’ programs that have very little in common. The choice will be either for continuity with a coherent framework, or the adventurous option that would be damaging for all concerned, including Americans.