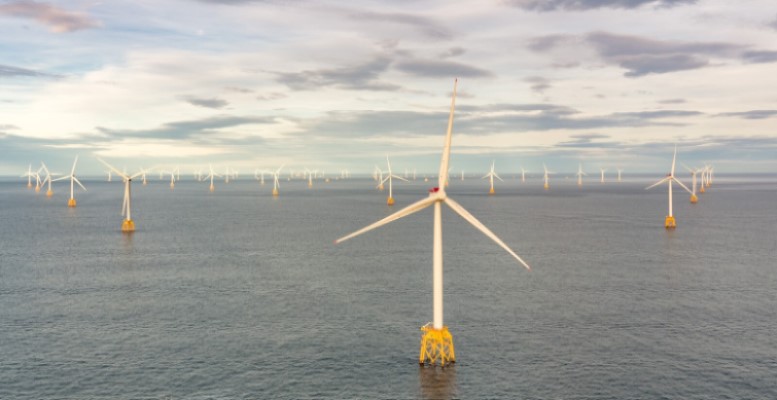 Miguel Navascués | According to Ambrose Evans-Pritchard, the Daily Telegraph’s editorialist, the recent global meeting on climate change in Glasgow was full of optimism, especially on the part of business. However, the cost of transforming from “dirty” to “clean” production has not been discussed. That is to say, there has been enthusiastic talk of quantities of CO2 easily eliminated thanks to incipient discoveries, without any details of how this would affect the prices of the raw materials that would replace the current ones.

As I explained in my article “The Green Transition”, and as can be seen in the recent IMF blog Soaring Metal Prices May Delay Energy Transition:

While demand for metals could soar, supply generally reacts slowly to price signals, depending in part on production. Copper, nickel and cobalt come from mines, which are investment-intensive and take on average more than a decade from discovery to production according to the IEA. By contrast, lithium is often extracted from mineral springs and brine via salt water pumped from beneath the ground. That shortens lead times for new production to an average of about five years. Supply trends are also influenced by innovation in extraction technology, market concentration and environmental regulations. The combination of rising demand and slower changes in supply can drive up prices. Indeed, if mining were to meet consumption in the IEA’s net zero scenario, our recent analysis shows that prices could reach historic peaks for an unprecedented period of time, and those higher costs could even delay the energy transition itself.

Or, as an article in “Spiegel” puts it (highly recommended): There is a dirty secret hidden in every wind turbine. They can cleanly and efficiently convert moving air into electricity, but few know much about what they are made of. Much of the material inside wind turbines is the product of brutal invasions of our natural world.

Each unit requires cement, sand, steel, zinc and aluminium. And tons of copper: for the generator, for the gearbox, for the transformer station and for the endless strands of cable. Around 67 tonnes of copper can be found in a medium-sized marine turbine. To extract this amount of copper, miners have to move almost 50,000 tonnes of earth and rock, about five times the weight of the Eiffel Tower. The ore is crushed, ground, watered and leached. The bottom line: a lot of nature destroyed for a little green energy.

In order to move from current energy to “clean” energy, there will be raw materials that will increase in demand and multiply in price by a not inconsiderable multiple. This will upset the outlook for producers to the point of bankruptcy, abandonment of the activity, and an unprecedented rise in the cost of living. J. R. Rallo, in an article I quoted in my post, gave some details that are currently undeniable.

For example, according to the International Energy Agency, a wind power plant requires 10 times more minerals (especially copper and zinc) than a gas or coal-fired power plant: specifically, for each MW of installed power, a wind power plant requires between 10,000 and 15,000 kilograms of minerals, while a combined cycle power plant uses 1,100 and a coal-fired plant 3,000. Furthermore, the average electric car consumes six times more minerals than a car with a combustion engine (mainly copper, nickel and graphite): in particular, each electric vehicle uses more than 200 kilos of minerals compared to 33 kilos for a car with a combustion engine.

Such will be the extraordinary demand for minerals over the next two decades of energy transition that, according to the International Monetary Fund, we will consume three times more copper, eight times more nickel, 20 times more cobalt and 100 times more lithium than during the last 20 years (at least if we aim for zero net emissions). The expected revenues from these four minerals over the next two decades are more than $13 trillion. Hence, the success of the energy transition will not only depend on the availability of better technology, but also on whether we can extract massive quantities of minerals at the lowest possible economic cost (the higher the cost of extraction, the higher the cost of production of power plants or vehicles, and therefore the lower the efficiency of the transition).

This prediction cannot be blithely avoided. Increased demand for something, whatever it is, raises the price and/or scarcity of that product. And inevitably, if it is a commodity used throughout the economy, this will raise the cost of living and contract the maximum available product, which will not fail to lower average income and increase unemployment.

Above all, the problem of price, i.e. the market, cannot be avoided, because the market imposes itself no matter how much attention is diverted to a shadow price or a public price imposed by the public sector. Market intervention always leads to deviations such as the black market. If one were to try to subsidise those goods that are going to be in huge demand, the harvest would be catastrophic, with tax and debt burdens rising far, far above what they are now.

This problem is not a problem of the uncertain future, but one that is already upon us. Why, if not because of the attempt to get ahead of the times, are there shortages of raw materials and general price rises? Well, imagine a world in which the cost of energy and raw materials drifts much higher because we have cancelled those available to replace them with others that are not yet efficient.

So let’s see how far this corporate enthusiasm for starting now to change the production model – a change that is judged by the market – will go.