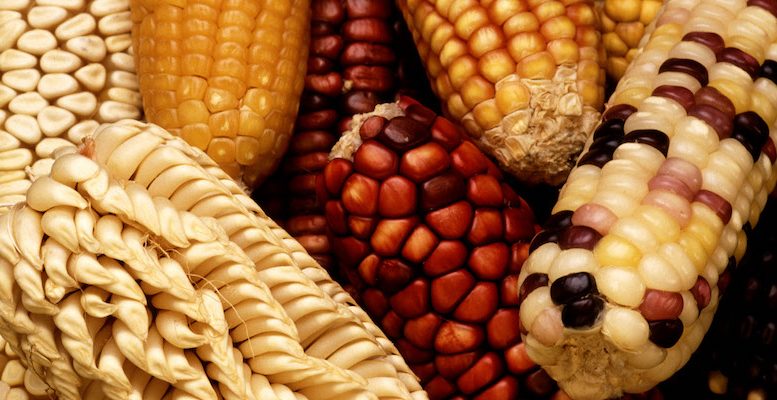 Louise Montgomery via Fair Observer | When it comes to agricultural technology, business opportunity is filling the void left by political inertia.

Last month, Extinction Rebellion activists around the world triggered days of protests to end what they call criminal inaction by the world’s governments on climate and ecological emergencies. Disruptive civil disobedience and mass arrests successfully pushed the Scottishand Welsh governments, along with the UK Parliament, to declare national climate emergencies and “tell the truth” about the destruction of the natural world and the food shortages society will face as a result.

The point is clear — climate emergency is a human emergency. Threats posed by mass extinction in the natural world are a risk to human existence, because without it, food production ceases. Farmers are already facing this threat in the form of crop failures and lower yields.

New imagery revealing the stark extent of European farmers’ battle with climate change has been captured by a network of satellites operated by the European Union’s Earth Observation Program, Copernicus. The Copernicus Climate Change Service is one of six initiatives under the program to provide European policymakers and private bodies with climatic information to understand how society will be affected, and what adaptations are required, to ensure EU citizens can continue to enjoy life in a society where, for example, food is in abundance.

Even an untrained eye can see that the satellite images show areas of once green, arable land in 2017 transformed in 2018 into an unusable arid yellow. The chips are in: European climate change is obvious in black and white, or rather in green and yellow, following an 80% drop in the average rainfall across central and northern regions.

The EU’s agricultural system relies on a stable environment to produce the volume of food needed to feed the bloc’s 500 million people. Consistent seasonal temperatures and rainfall permit chosen crops to flourish. Farmers depend on consistency for successful harvests. Changes in climate conditions mean higher temperatures, rainfall fluctuations, as well as more frequent and severe extreme-weather events such as flooding and forest fires, meaning that farmers are no longer being able to rely on the weather.

But couldn’t this be a one-off? According to Bloomberg, Copernicus found last year to be the third hottest on record with changes over the last four decades, showing a “clear warming trend.” This provides policymakers with proof that extreme climate change will require extreme policy change — that is, if governments want food supply to continue to meet demand as the trend worsens.

Unfortunately, on top of testing weather fluctuations, farmers are also contending with adverse environmental changes in soil degradation, decreasing insect populations(which are vital for pollination) and pollution. All of these are compounded and intensified by the effects of climate change — not great news for farmers or for those who expect current food availability to continue in the future. Farmers are, however, not the only warriors in this battle. The agricultural system is part of the problem. Current food production methods are, in part, responsible for these environmental problems. They exacerbate the pressures of climate change due to land use, an overuse of pesticides and monocrop cultures causing pollution, biodiversity loss and high greenhouse gas emissions.

TECHNOLOGY TO THE RESCUE?

So, evidence of climate and environmental change is uncompromisingly felt out in the field. What now? With predictions that the global population will increase to 9.8 billion by 2050, the EU is encouraging the use of technology and satellite data to help policymakers and private entities rethink resource management for sustainable food production. Agricultural technology, or agtech, is providing hope that yields can be increased while the exploitation of resources is reduced — or rather made more efficient — by using artificial intelligence along with monitoring and data tools.

Digitization and precision farming practices are, for example, heralded by the EU as critical agricultural sustainability tools. Such methods are expected to reduce inputs of pesticides and water while increasing production by using drones, robots and sensors to closely monitor crop cultivation, helping farmers tailor water and pesticide application. Increased efficiency means less waste and less pollution, as well as giving farmers a greater understanding of crop and soil management during each harvesting season.

WILL IT BE ENOUGH?

Digitization may not be fully endorsed under binding EU-wide law, and strong government action around the world is not yet commonplace. However, the agtech industry is paving the way, reaching an all-time high investment of $1.5 billion in 2017. Indeed, in the absence of public policy, Indian farmers are reported to have achieved remarkable food production improvements with the aid of agtech start-ups to help feed the 1.3 billion people dependent on land adversely affected by droughts and rising temperatures.