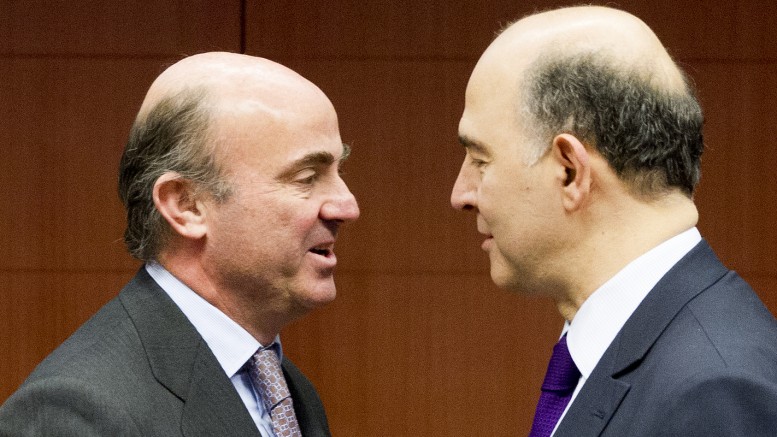 The European Commission did not want to meddle with Spain’s general elections on June 26th and has postponed until July its decision regarding a sanction for the country’s non-compliance with its deficit target. But none of the European community experts have ventured to confirm that this sanction will finally be imposed, thus following the same line as in previous years, since the Stability Pact was introduced, of resolving the issue by playing to the gallery with small, mock admonitions. Nobody in their right mind can believe that the EC will end up imposing a 2 billion euros sanction on Spain, given the mess everything is in.

This is what the construction of Europe is all about. We’re all familiar with it. And Spain is not being reprimanded in vain by Brussels, knowing that it will come to no more than that: a dressing down over the familiar Spanish imbalances.

Despite the fact the Spanish government has attached relatively little value to its commitments to cut its deficit and debt with the EC, the fact is that Spain has renegotiated the targets in Brussels on four occasions. That said, they have used the inheritance they were left with and the massive financial and economic crisis as an excuse in the face of Brussels’ demands.

Up to now, Spain is aware that Brussels bluffs a lot, but doesn’t knock down, because it can’t and it shouldn’t. So it is prepared to tighten the screws as far as is allowed, and let some other eurozone members like France, Italy or Portugal receive the reprimands. Of course! Firemen aren’t going to stand on each other’s hoses.