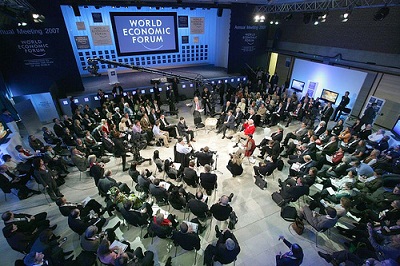 By Julia Pastor in Madrid, and Ana Fuentes in New York |

El País. The Spanish minister of Economy, Luis de Guindo, assured the World Economic Forum at Davos that Spain will set the structural deficit at 0% for the whole of the country’s regional governments from year 2020 on, despite Brussels does let the states fix it at 0,5% “There is a need to send a signal to the markets,” said the minister during a meeting with journalists. “We are working to avoid any region fallin but, at the same time, the adjustment is going to be more dramatic,” De Guindos added in his Davos speech.

Expansión. Davos, a dress rehearsal of the Brussels summit? The leaders participating in both events are different, but there have been at Davos very remarkable speeches, such as David Cameron’s, following Merkel opening words. Cameron’s statements are very valuable for the next Monday summit at Brussels because he will not vote the fiscal agreement measures, and will reject again any try to apply the euro zone banking transaction tax in order to keep the City of London’s revenues, as well as its position as major financial place in the world. Cameron holds a privileged position to warn Berlin that they are leading all us to a deep recession, which can be very contagious and worries China, as well as to the U.S., London, the IMF itself or the World Bank.”

El Confidencial. From the camping to the igloo: a re-invention of the ‘indignados’ movement under the cold of Davos. Members of ‘Occupy WEF” who have moved to Davos to make their voices heard in the annual assembly, have decided to build their own refuges with block of ice instead of camping. In this region of the Swiss Alps, the temperatures oscillates from 5 to12 degrees below zero. “World leaders are excluding people from their decisions, in spite these affecting everyone. We are here to claim that this cannot go on this way,” stated one of the 2,600 ‘outraged’ representatives, of more than 100 countries, who are expected to come to Davos during the next five days.

Cinco Días. Angela Merkel’s speech at Davos defended fiercely the austerity measures, as well as the pending structural reforms, and the need of following the example of ‘the best’, in a clear reference to their own country and policy.   Her words come in a moment in which the voices claiming for a combination of both fiscal austerity and growth stimulus to solve the crisis are increasing, while this possibility gets further and further away. The last IMF’s expectations foresee times of wilderness for the euro zone, as the only region in the world that will go into recession in the current year.

“Every year, non-elites mistake Davos, the quaint Swiss villa where the forum is held, with Davros, the evil arch-nemesis character in the British sci-fi television series Doctor Who,” explains New York Time‘s Kevin Roose at his Davos potpurri.

“At the economic forum’s hottest party, guests come to schmooze —and for the choice booze,” writes Frances Dinkelspiel at the Wall Street Journal.

THE IMPRESSIONS ON BOARD

richardquest Bob Diamond of #barclays says at #davos things are getting worse but activity in Spain, ireland ahead of expcted. Euro strong over time

AP’s reporter Pan Pylas: PannyPatAP Just overheard a young Indian businessman say. “Im tired of hearing about the #euro.” You’re not the only one mate! #Davos

PannyPatAP #Draghi says last four years have been the longest of his life. #euro crisis. #davos

Be the first to comment on "Davos, from rebel igloos to Doctor Who"