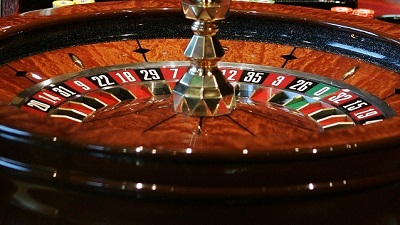 Negotiations must be already under way, but it looks as though the regional government of Madrid has somehow begun to surrender to the seduction and glitter of Las Vegas Sands Corporation’s much awaited arrival. Indeed, a deal that involves €18 billion of investment and 12 hotels, six casinos and three golf courses built by 2022 sounds appetising in the economically depressed surroundings of southern Europe.

Esperanza Aguirre, president of the autonomous administration, said Monday that her cabinet was willing to push for laws being changed and tax rates on gambling cut down to ensure the project goes ahead in an improved business environment. The US group confirmed on September 8 that it had chosen Madrid, and Spain, as the preferred location to build an integrated resort development for the Old Continent’s market. The decision came only hours after the European Central Bank announce it will support in the short term the euro area countries with more difficulties to access capital markets for credit. Las Vegas Sands said it will move to the next phase of the project, the determination of size, scope, specific location, and financing options. The company has committed between 25 and 35 percent equity, and this week it added that the process is still very much in the early phases and progress towards resolution of the current challenges within Europe will be an important factor.

“The regional government of Madrid has been a strong advocate for this potential development and we are appreciative of the energy they have brought to this process,” Las Vegas Sands’ CEO Sheldon G. Adelson has explained.

Las Vegas Sands is a Fortune 500 company and its presence will be welcomed by those who defend that the latest austerity measures and labour market reforms have placed Spain on a recovery path. But critics of EuroVegas see it otherwise:

“Spain’s stricken economy has been brought to its knees by fantastical construction projects, often involving corruption facilitated by a lack of transparency,” has commented Helen Darbishire of Access Info Europe, a member of a platform against the developement.

“The company behind the project, the Las Vegas Sands Corporation, has made it conditional on a confidentiality clause, so we are calling on the Madrid regional government to come clean with the information it holds about the real cost of this project to the tax payer and the potentially negative environmental and social impacts.”

Aguirre said any agreements with the US company will be disclosed and all law modifications will be published for public scrutiny.