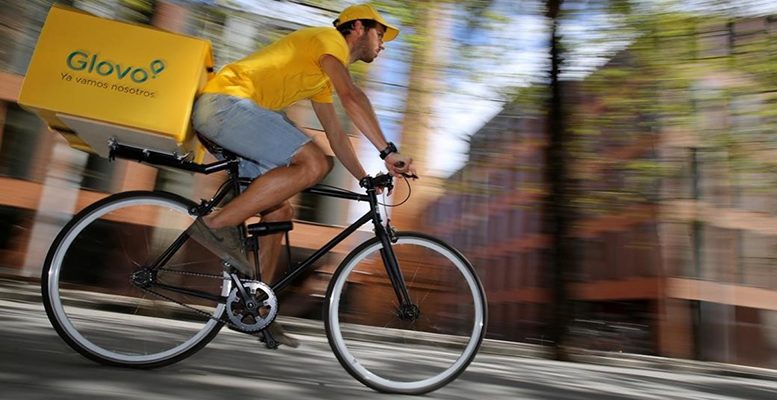 Ana Fuentes | The home delivery start-up has become the second unicorn in Spain after obtaining 150 million in an investment round. This brings the four-year-old company’s total funding up to €460m. Only ride-hailing giant Cabify had reached that status before.

Founded in Barcelona in 2015 by Oscar Pierre and Sacha Michaud, Glovo recently closed its fifth round of financing. The main investor was Mubadala, the sovereign fund of Abu Dhabi, led by Sheikh Mohamed bin Zayed, right hand of the controverted Saudi prince Mohamed bin Salman. Mubadala is also a relevant shareholder of the Cepsa oil company, although it is in a divestment process.

The largest shareholder of the Glovo is now its German competitor, Delivery Hero, which has 16% of the capital. Other funds hold between 10 and 15% and others possess less than 10%, among which is Mubadala. The management team owns 20% shares.

The focus for the business in 2020 will be achieving profitability. Up to now financial oxygen has come from rounds of financing, which have allowed the firm to break through in 200 cities in Europe, Africa and Latin America. Glovo plans to hire 300 additional engineers in the next six months; with 40 engineers and 50 product people to be based in Warsaw.

So far Oscar Pierre has publicly ruled out the sale of Glovo to a competitor, as some rumors pointed out last summer, as well as an IPO.

Like its competitors Deliveroo and Uber, Glovo is one of the platforms that have revolutionized the home delivery industry. Through an application, it puts consumers in contact with restaurants and distributes orders through a network of autonomous distributors, known as riders, charging a 30% commission to the client.

The riders’ status is being questioned in several countries where Glovo operates. The paradox is that some courts consider them false self-employed who should be incorporated into the workforce as workers, while others consider them service providers. In Spain, the conflict will not be resolved until the Supreme Court has ruled on it or until a regulation for the whole industry is implemented.