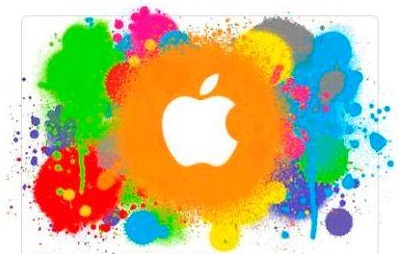 By Luis Arroyo, in Madrid | The FT has published a very good article by John Authers on the unusual business practice that American companies maintain with their shareholders. As Authers says, at present, non-financial companies possess a cash cushion of 6% of their total assets, something that has never been witnessed in the last six decades. The companies, with large profits (profits have risen to their highest level since the fifties) obtained thanks to low cost financing, are not spending but neither are they distributing dividends. The reason: uncertainty.

It is the strongest indication of uncertainty, while at the same time it is the most important cause for the lack of investment and employment.

But the shareholders also experience the uncertainty, and they have become short-sighted and don’t want any more shares; they want dividends: they want cheques because what isn’t distributed can’t increase in value. The result is a tug-of war between the desire to collect dividends and the corporate stinginess. These squabbles do not arise in Spain because here there are not many shareholders who depend on their capital. Here, almost no one lives off venture capital.

Thanks to these practices, Apple –the world’s richest company which has never shared profits– has not gone up so much on the stock market because it has been punished by investors since they now prefer short term profits: they want liquidity just as much as the companies do.

In other words, the lack of liquidity syndrome still manifests itself, or that of the demand well above the normal levels.

This influences the low bond yields as a usual source of regular performance. Bonds were always regular, the shares were the capitalisation. Now, one expects of shares what bonds once were. More so if the population is aging and expects to die with large amounts of capital. And the government is caught between two hot spots, because if it raises the tax on profit, companies will spend less on investment; but, if it doesn’t do so, the deficit will grow.

It is possible that if the central bank issued more money, until the demand for liquidity were more than satiated and normalcy were restored, it would be positive; but I don’t know if it would be enough; necessary yes, but I don’t know if it would be sufficient. Normalcy implies greater confidence in the future value of assets, a lengthening of the temporal horizons, and a general assumption that the economy will grow steadily in the future. For this to happen, solid expectations of a higher inflation –more that the 2% sought by the Fed– would be a great help. It would improve the companies’ margins and it would reduce the hoarding of liquidity. In turn, it would increase the rate of consumption, both because of the greater employment numbers as well as the expectation of higher incomes.

But the direct and unique relation between the lack of confidence and liquidity, I believe, does not explain everything.

I should add: this has nothing to do with our problem, much more gruesome, inevitable and threatening –and much more dependant on liquidity, as demonstrated in the short respite granted by the ECB. But there is no comparison. There, they are just struggling to accelerate growth. Here, we are delaying the apocalypse. An apocalypse that could spread all over the world, of course.

* Luis Arroyo is a former Bank of Spain economist. He writes for www.consensodelmercado.com.

Be the first to comment on "Why investors punish Apple: liquidity, growth and apocalypse"