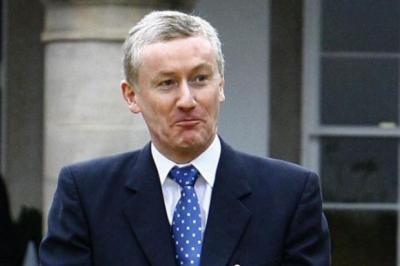 LONDON | Who in Britain would place faith in the good nature of bankers? While Wednesday afternoon the House of Commons played volleyball blaming either Labour opposition or the Conservative-led Coalition cabinet for the bonus pool available to top Royal Bank of Scotland 83pc-public workers (remember the €45 billion taxpayer bailout), how lonely Commerzbank’s chairman Martin Blessing must have felt.

Mr Blessing told a London court on Monday that most of his bankers did not work for the money during the financial crisis, that they had rather preferred to stay out of loyalty to the institution.

Never mind the group of 104 London-based bankers who have launched the legal battle against Commerzbank in refutation of Mr Blessing naivety: after some were paid 10pc of the bonuses they were promised for 2008, they claim they had been guaranteed a bonus pool of at least €400 million as a trick to stop them from defecting during a time of turmoil for the bank. What they want is the money, not the glory.

Accordingly, former RBS CEO Fred Goodwin has so far shown little interest in recovering his knighthood. Last night, he had his honour annulled by the Forfeiture Committee, a decision that most observers link to his overseeing the biggest failure in British banking history. He hasn’t even moaned. Cutting back Mr Goodwin’s millionaire’s pension might have proved a harder task, so as a way of pleasing the irascible mood of the British people towards the City, it seems like a win-win gesture.

“He was not the only one who had caused problems. Simply being blown along in the wind like this is not good government. I think we are getting into awful trouble here if we are going after people on a whim, without principle.”

On the matter of principle and wind, though, some figures revealed today throw light into the popular support the Forfeiture Committee has met and the general hostility towards the financial services and particularly banking species in British soil –whether investment or retail. Data by independent financial research firm Defaqto: 23% of people are worried about purchasing a financial product that is not right for them and 49% do not understand the features of products they own, which says something about quality and transparency of the industry practices.

Then, there is the number of claims submitted directly to the Financial Services Compensation Scheme. It has more than doubled from 2010 to 2011 over the fraudulent selling of Payment Protection Insurance, which is a policy designed to cover monthly loan or credit card payments but that during the last ten years, loan and credit card providers have routinely missold to those for whom the insurance policy is inappropriate.

And if you haven’t heard of the True and Fair Campaign (TFC), their reflections would nicely sum up where the fuming steam for this bash-the-banker game and finance witch hunt comes from:

“The issues of hidden fees, lack of clarity and convoluted language have dogged the investment industry for the past decade. Nothing has changed, with the odds consistently stacked against consumers being able to make informed and competitive decisions regarding their investments.

“The fundamental problem is that it has paid investment management companies to be confusing and opaque. In addition, there has been no regulatory or behavioral incentive for the industry to behave differently. Investors deserve better.”

The TFC people denounce that there is little evidence of price competition in the UK, where 68% of money invested in active funds within the country’s largest retail fund sector was charged an identical annual management fee. In 2009, the UK had the fourth highest total charges out of 19 countries. For instance, weighted by assets, UK funds charged 79% more than US funds.

So you see, the message for the Goodwins of the island and their courtiers is simple: life is not fair, which is unfortunate.