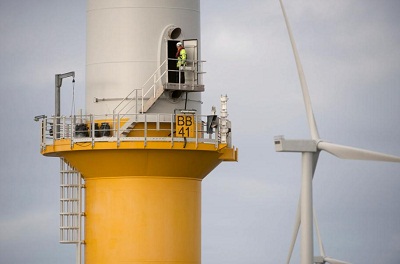 Mainstream Renewable Power, the global solar and wind energy company, announced it is successfully tapping credit lines to increase its capital base. Mainstream, which is Europe’s leading independent offshore wind developer, signed this week a corporate facility for up to €60 million provided by Macquarie Group.

According to the terms of the transaction, Mainstream will receive an initial €40 million corporate loan with provision for an additional €20 million at a future date under certain conditions. The transaction remains subject to Mainstream shareholder approval.

Mainstream is developing just under 8GW of offshore wind projects in England, Scotland and Germany with 4.45GW of secured grid connection. In its latest round of fundraising, Mainstream has also raised €16.8 million from wealthy individual investors and has plans to take in additional equity to further develop its business. Among other projects, there is the Energy Bridge which is set to export 5,000MW of wind power from Ireland to the UK starting in 2017.

Mainstream aims at a significant expansion this year with over 325MW of wind and solar plant going into construction in Ireland, South Africa, Chile and Canada. After winning three government tenders in South Africa last year, construction is due to start on its 138MW wind farm and two 50MW solar Photovoltaic plants in the Eastern and Northern Capes. The company is also due to commence construction at the 33MW Negrete Cuel wind farm in Chile and the 46MW Old Man’s in Canada. Its first Irish project (a 9MW wind farm) goes into commercial operation in November this year.

“After going through our initial development stage, Mainstream is now embarking on a very strong growth trajectory,” CEO Eddie O’Connor said in a press release. “We have started construction on over 325MW of wind and solar projects in four countries and this investment means we will be bringing more projects into construction as well as expanding our global project development portfolio.”

Macquarie’s Chief Executive in Europe, Middle East and Africa, David Fass, commented that the development of the offshore wind sector will play an increasingly important part in the generation mix over the next decade.

“We are seeing an increasing level of interest from clients who are seeking bespoke funding solutions to support the growth of their businesses,” Fass explained.

Macquarie’s funding follows Barclays Capital who invested €20 million when the company was established in 2008. This investment brings total equity and corporate debt raised by Mainstream since it was founded in 2008 to over €265 million.