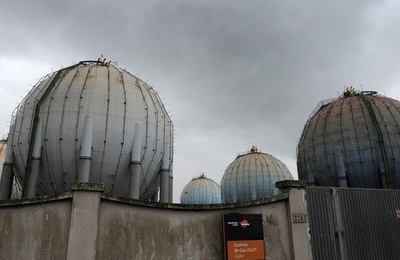 MADRID | Repsol released Thursday the company’s results in the first quarter of the year excluding YPF, posting net income of €643 million, that is, 12.4% higher than the €572 million reported in the year-earlier period. Including YPF, quarterly net profit rose to €792 million, an improvement of 3.5% from €765 million year on year.

The improved results are mainly due to the improvement of Repsol’s crude oil and gas realisation prices, which increased 15.5% and 12.1% respectively, as well as the return to normality of activity in Libya and the results achieved by the LNG division.

The Repsol Group’s net financial debt, excluding Gas Natural Fenosa and YPF, was €4.174 billion at the end of the quarter, a reduction of €662 million compared with the net debt at the close of 2011.

“Repsol retains a strong financial position with sufficient liquidity to cover 3.5 times its short-term debt maturities,” the released said. “The net debt to capital employed ratio, excluding Gas Natural Fenosa, YPF and Repsol YPF Gas was 12.8% at the end of the period, 22.1% when taking preference shares into account.”

Repsol noted that the start-up of the expanded Cartagena refinery, already at full capacity, and Bilbao allowed for a significant increase in distilled volumes in Spain, but did not fully compensate the negative effect of the economic crisis on the chemicals business, lower sales at the marketing division’s petrol stations and narrower LPG margins. This explains the 24.6% decrease in the operating income of the Downstream unit in the first quarter of 2012 to €332 million at the close of the period.

Be the first to comment on "Repsol shrugs off YPF episode with 12.4pc increase in net income in Q1’12"