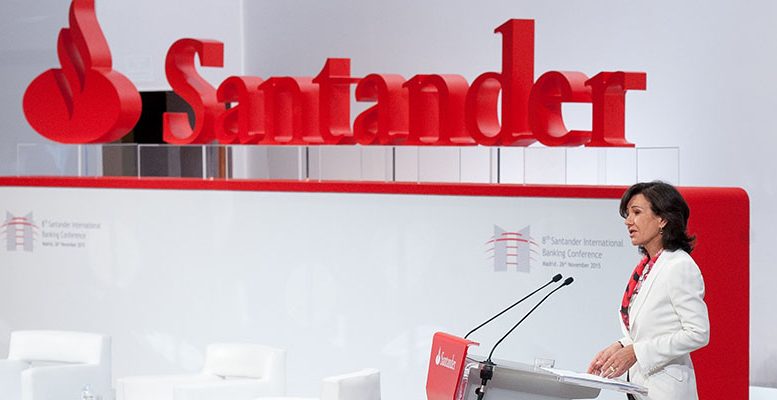 The first thing that should be said about Ana Botin is that only a few weeks after taking over the reins of Santander in September 2014, she left no-one in doubt that she planned to put that house in order. It wasn’t a suprise. Like all banks, Santander had its problems and it was on the cards that someone would take them seriously. The new chairwoman made it clear that this was her priority.

Without ever criticising in any way the inheritance left by her father – of course not! – she started to work and turned the bank upside down.

And with such determination that some people began to fear that the bank’s situation was more serious than its balance sheet showed. She sacked the CEO, a great favourite of her father’s, various executives and some board member: she slashed the dividend, as if to say that this was not a time for celebrations. Then, as if that wasn’t enough, she asked investors to stump up 7.5 billion euros, explaining that this was a new era with a lot of plans.

Then she laid off 1,400 workers, closed almost 400 branches, and took away top level executives’ official cars. For example. Obviously it was not all about restructuring, cuts and downsizing. She launched a product in Spain which had worked well in the UK during her time as CEO there. The 1 2 3 account, which pays a relatively high interest rate. It was created to increase Santander customers’ loyalty, which has not always been very strong.

The problems are still there, impossible to overcome: extremely low interest rates, very high costs. Brexit has devalued the results ‘made in Britain’ and the situation in Brazil doesn’t look as if it is going to improve. Furthermore, the 1 2 3 account is not doing as well as Ana hoped. With what it pays out, the bank’s margins are being tightened. It’s not surprising that Santander’s share price is showing no signs of recovering. Despite the fact that it has been a little over 4 euros throughout 2016, it has accumulated a 53% decline since September 2014, when the new chairwoman took over.

So some people ask: was Ana the right person to take over from Emilio Botin? Maybe yes, at least for this current period. We know that her profile is in no way similar to that of  her deceased father. But these  are not times for big acquisition strategies, but rather for working away like an ant, not a visionary: cleaning up, restructuring, selling assets, getting more clients…something which did not really rock Emilio Botin’s boat.

What he most liked to do was to design big corporate takeovers and get on his plane to talk about them in situ. He followed the day-to-day issues, but at a much greater distance than his daughter. She is an old-fashioned banker, focused on controlling the smallest details of the banking business. She showed this in how she made a success of Banesto and integrated the three entities which became one bank, namely Santander UK.

What is a bit surprising is that the years prior to her arrival in Santander were not very good ones for the bank either. Many of those showed a downward trend in key indicators. But it seems as if investors were not worried about this. Between 2012 and the months prior to Ana’s arrival the share price almost doubled from 5,1 euros to over 10,5.

It’s clear that there was less mistrust then in the bank on the part of investors than there is today. In spite of that, it’s legitimate to ask whether, in the end, investors prefer more audacious bankers – with a bit of an adventurous streak – of the type wonderfully encarnated by Emilio Botin than more conservative ones like his daughter. Of course Botin father was a legend. He took over  his bank when it was in 157th position in Europe, taking it to number two in the Eurozone. What investor could resist him.