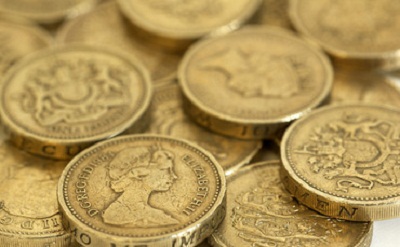 LONDON | The capital stress levels that British banks suffer are regarded to be so dire not even a majority stakeholder like the UK’s government feels confident their credit tap should open. A Taskforce set up by the department of Business Innovation and Skills published Friday a report that recommends small and medium-size companies or SMEs to hunt for alternatives.

The paper anticipates growth in demand for finance as the economy recovers but expects banks will not be able to satisfy borrowing needs as they deleverage: this could create a credit gap for businesses of £84 billion to £191 billion by 2017.

The Taskforce, chaired by CEO of Legal & General Tim Breedon studied the US model as a possible solution for British SMEs.

“Bank lending is by far the largest source of external finance currently used by businesses, but the Taskforce believes there is significant potential to develop both the demand and supply of non-bank lending to match the financial landscape of countries like the US. For the main recommendations, the Taskforce has been looking at Europe, too. In its message to Business secretary Vince Cable, Breedon mentioned Germany’s KfW as a state institution that successfully increases awareness of alternative funding by creating a single brand and a single business support agency to deliver official SME finance programmes. The report adds that access to capital markets financing for smaller companies can be achieved through the creation of a body to bundle and securitise SME loans. The government must

“consider the potential for the Government’s Business Finance Partnership to invest in innovative products such as mezzanine loan funds and peer to peer lending and support the UK retail investor appetite for corporate bonds,” the Taskforce said.

According to its chairman, Tim Breedon,

“Whilst there is no silver bullet to addressing this issue, we have made a number of recommendations which I believe will collectively help open up alternative financing channels for UK SMEs.”

The Federation of Small Businesses welcomed putting the government’s financial products under one umbrella organisation and urged the Coalition to start a pilot SME bond scheme as soon as possible. John Cridland, director general at the Confederation of the British Industry also agreed:

“The UK lags well behind the US in the ability of mid-sized businesses to issue private placements. As the Breedon review says, further work is needed to solve this and we need the support of the Government so this doesn’t lose momentum.”

Today, the Finance and Leasing Association released its latest statistics. The data confirms alternative ways of funding non-listed companies slowly occupy the void caused by the lack of bank credit. Overall, asset finance new business in January 2012 grew by 14% compared with January 2011, to almost £1.5 billion. The value of new business contracts of up to £20 million increased by 23% over the same period. Broker-sourced asset finance grew by 30% over the same period to £282 million. The direct finance channel reported double-digit growth for the third consecutive month, with new business up by 16% to £778 million.