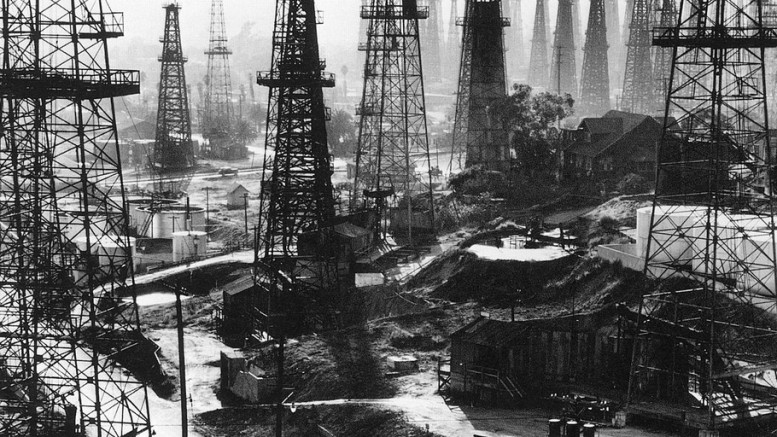 This is the hot story of the moment: a mounting discrepancy between OPEC’s confirmed discipline when it comes to supply cuts but rising crude inventories on the other hand. This is not supposed to happen, so that the current $55 for Brent does not look sustainable. Analysts at Carax- Alphavalue point that crude price has indeed been plateauing since the beginning of this year (chart below).

The obvious reverse relationship between inventories and crude prices is expressed in the following chart which highlights the steady accumulation of inventories over the last two years. The following curve is a close up on the US inventories alone to January 2017. There is no sign of an inventory contraction and the latest data(Wednesday EIA figures) did show a big weekly surge at 9m bbl or three times the normal fare.

The price-inventory apparent mismatch matters to the extent that going long crude appears to be a crowded trade so that the risks are on the downside if it were to happen that the “confirmed” cuts have been more paper ones than real ones. One of the issues is that there are more ways than ever to collect independent data on crude flows, transportation and storage but that does not form any clearer synthetic picture. The share prices of the European big oil groups have been looking south since the turn of the year in contrast with the resilient crude prices. As Carax-Alphvalue say:

The correlation between barrel prices and oil companies’ market prices has never been perfect and even less so on such short periods of observation. So that the Integrated oils’ decline should be interpreted with a pinch of salt. Another observation is that European oils’ earnings are expected to have bottomed out in 2016 but the 2016 delivery has been less than enthusiastic so far, thus not helping.

As AlphaValue is going through xls updates, the upside potential for oil companies looks currently exhausted with only 3% left, i.e. less than the market (5% upside). Only Statoil (Add, Norway) and BP (Add, UK) look comparatively attractive, although the British giant is still leaking cash on the Macondo disaster.

In short, caution is deserved.