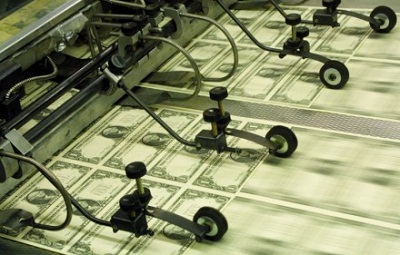 From a Morgan Stanley research note, a cautionary tale on what happens when the US Federal Reserve’s Quantitative Easing tap is closed and, more globally, when central banks stop supporting currently struggling economies in the developed countries.

Analysts describe QE termination as one of the main risks of the next stage in the cycle… in Europe, too.

“Our analysis of European equities around the first hike by the Fed historically points to reduced risk reward for the market. Similarly, it tends to represent a trigger for sector rotation, being a positive catalyst for defensives and a negative one for many cyclicals and banks. In terms of market timing, it usually paid to wait for the first hike. However, the Fed may not raise interest rates for some time yet.

“1 – Other central banks to move sooner. In the past, the Fed tended to lead the monetary policy cycle relative to Europe. In fact, the Fed moved first in all the major tightening cycles we looked at apart from in 2003/04. Therefore, the Fed and US rates mattered most historically. However, we believe that this year others will move sooner, starting with the ECB potentially this week already. The Bank of England will likely follow, in August according to Melanie Baker, but with a move in May or even April also possible.

“2 – Watch for a Fed language change. Markets will probably start to price in the start of tightening well ahead of the rate hike, perhaps around a change in language (“exceptionally low” and “extended period” being the key phrases). This was the case for the European Central Bank when the words “strong vigilance” were sufficient to make euro zone 2-year bond yields jump 23bp. In 2004, MSCI Europe peaked in early March, about six weeks after an important change in Fed language, but more than three months before the first hike.

“3 – QE2 to end in June. The Fed has said it will end QE2 at the end of June. This would certainly represent the ‘end of easing’, if not a stepping-stone to the ‘start of tightening’. Moreover, recent comments from Fed Governor Bullard hinted at a possible premature end to QE2. Further steps in an exit strategy could include some of the following: not reinvesting maturing MBS, conducting term deposits and reverse repos to shrink the balance sheet, raise the interest paid on reserves, selling assets. Given it is so well flagged, isn’t it likely that the end of QE2 is in the price? We think perhaps not, given the number of questions we continue to get on the likelihood of QE3.

What it is sure for these analysts is that equities don’t like it when QE ends. The sample of past QE episodes on which to draw any conclusions is fairly limited, namely QE1 in 2009 and Japanese QE between 2001-06. Definitive conclusions are, then, elusive. However, what evidence there is suggests markets may react negatively to a cessation in QE.

“Equity markets bottomed in March 2009 as the US embarked on QE1 (when the buying of Treasuries, MBS and Agency bonds began). They then struggled once QE1 ended in April 2010 before rallying again when the Fed indicated they would start QE2 in August 2010, even if QE2 actually started in November.”

The end of US QE1 marked a turning point for the performance of many sectors, but financials performed the worst in the six months after QE ended, Morgan Stanley says, having been among the leaders in the preceding six months. Cyclicals including Industrials and Consumer Discretionary also saw their performance reverse.

“What could be different now? Compared to past cycles this economic recovery still seems fragile (weak housing, high unemployment) and structural headwinds remain (household and bank de-leveraging, sovereign indebtedness). This leads many investors to wonder whether a sustained tightening campaign is likely.”

Who said investors just care about austerity? They are more sophisticated than their self-appointed spokespeople think. Be the first to comment on "Equities don’t like it when Quantitative Easing ends, warns Morgan Stanley"