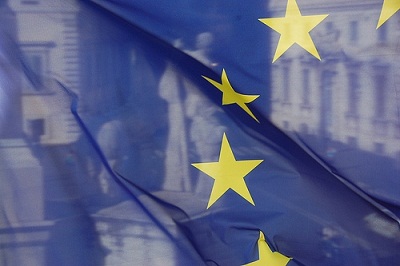 “The European Redemption Fund is the idea which would create a fund to which countries would transfer the excess of debt over 60% debt per GDP. In case of default of one of the countries, the remaining would take joint responsibility of the debt deposited in the fund. Countries would be required to allocate collateral for 20% of the nominal debt transferred into the fund, (there is some talk about gold, but gold reserves of the euro zone represent just over 4% of GDP of the area).

“Countries would issue bonds under the fund’s guarantees, but others that would not need it, complicating subordination levels of each of them. States would have a period of time of between 20 to 25 years to repay the debt built into this fund with amounts linked to nominal GDP growth each year, and would be introduced into their national constitutions the impossibility of increasing their debt ceiling.”

But what happens if a country cannot keep up with the compromise because, for instance, it has entered a long recession? Not to worry,

“the amount transferred to the fund would be about €2.5 trillion, which is like a quarter of GDP in the euro zone. “

The Corner’s correspondent in Germany, Lidia Conde, interviewed Christoph Schmidt, one of the 5 wise men, following the launch of the proposal for a redemption fund. The proposal of the Government’s Advisory Board of Economists in its report for 2011/2012 mentions a pact and a joint European fund, pooled, to repay the debt of each participating country when

how to win back your ex

it exceeds 60% of its GDP. Is this the solution to the debt problem in Europe? The great disadvantage of the EFSF rescue fund is that it only helps specific and isolated cases. The countries that agree to this kind of help, because they cannot finance themselves on the market, are in turn stigmatised as countries that are in crisis. Thus, a vicious cycle is created by the high risk premiums they must pay. This then creates an even greater solvency problem. The joint European fund proposed by our council would avoid this problem because all the EU countries would transfer the debt that goes beyond the 60% limit of their respective GDPs to the proposed amortisation fund. This way, we could avoid at the same time that a new country becomes the focus of the markets’ attention. Besides, with the amortisation fund that we propose, we could effectively face the elevated public debt in the European Union countries and solve it within an acceptable lapse of time.

What would be the debt refinancing costs for Spain with the amortisation pact that you propose? The pact that we proposed to Chancellor Angela Merkel recommends that all the euro zone member countries be responsible for all the debts of the amortisation fund. Thus, the interest rates that the Spanish government would have to pay for its debts would be considerably lower than the ones it has to pay at present. Spain would benefit from this type of model.

What are the control mechanisms provided by the pact for countries to comply with budgetary discipline? The centerpiece of our proposal is that the debt limit is binding on all countries to sign the pact. This is especially important to ensure compliance with the rules and obligations laid down in the Stability and Growth Pact.

What would Germany risk over that agreement? What we propose is that the member countries of the European Monetary Union jointly respond to the fund resources.