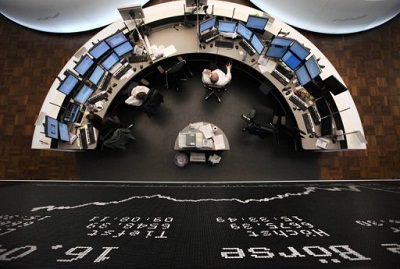 LONDON | Contagion is an easy-to-spot force. The German stock market DAX 30 Index has since late March declined by 9.2% in euro terms, in an environment where the broader continental market, as represented by the MSCI Europe Index, has fallen by 10.6%.

For mere market observers, this drop has followed a period of very strong performance earlier in the year, particularly two months ago, so perhaps a degree of profit-taking explains the negative development. But in a euro context of suspicion, pain and blame, the fact that German equities have recently seen some selling pressure along with the rest of the European equity markets, translates into investors being concerned over the future of the euro and also of Germany’ economy.

At investment firm Baring, its German Growth Trust issued this week a note in which analysts expressed a degree of preoccupation.

“While we appreciate that many investors are in ‘risk off’ mode at the moment,” they said, “we believe the decline in the German equity market is not justified by either economic or corporate fundamentals.”

Indeed, German economic growth in the first quarter of the year came in at 1.7% year-on-year, significantly ahead of expectations, thanks to robust export growth. As a major exporter, weakness in the euro against other currencies has been positive for the German economy by making exports more price competitive overseas. Germany’s cost base compares favourably with its peers within and outside the euro zone, companies have gained market share, leading to superior corporate earnings growth. So what’s wrong with listed German companies? Nothing, actually, in the opinion of Baring’s asset manager Rob Smith:

“Our assessment of the situation at the moment, from the companies we have met and the earnings statements we have analysed, is that it remains very supportive for German corporates, with earnings likely to surpass last year’s level, and come out considerably ahead of the rest of developed Europe.

“Everything else being equal, superior earnings growth should translate into higher share price valuations over time, as investors are prepared to pay more for future cashflow. We believe the same is true for the German equity market.”

The reality, though, is that the German equity market trades barely at the same valuation level as its European peers, where earnings growth prospects are much lower. We really are all together in this.