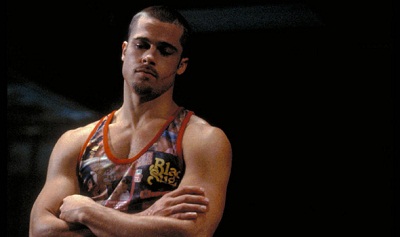 WASHINGTON | Since it started, in January 2009, Zero Hedge has marked a new style in financial journalism. It is anonymous, and its main ‘writer’, Tyler Durden, is a character from a movie. It has an encrypted email system, so anonymous sources can send allegedly confidential documents. Its reputation among investors and regulators is more than dubious, but its popularity is beyond doubt.

Its Twitter account, which portrays the bloodied half naked character, has 73,000 followers —almost three times of those of @ftalphaville— and, according to Twittercounter.com, the number increases by around 250 every single day. Alexa puts its number of followers in approximately 50% of ft.com.

The problem is: how accurate is Zero Hedge?

Let’s take a few examples. On June 29th, 2011, Zero Hedge published a piece by Simon Black, who runs the website Sovereign Man and defines himself as an ‘international investor, entrepreneur, permanent traveler, free man’. Black —a self-proclaimed ‘student of the world’— wrote the following after a trip to Spain:

“The other thing that has me quite concerned about Spain is the police presence. I don’t think I ever went 5 blocks in Barcelona without seeing a cop on the street. What’s more, they don’t just stand there waiting for something to happen, they’re actively going around harassing people.

“My assessment is that the government is intentionally having the police turn up the heat on their intimidation tactics in hopes of squashing any future rebellion before it happens. They want to instill a sense of fear in the society to keep everyone quiet.

On that note, the most interesting part of this trip so far has been passing through small towns outside of Barcelona that are starting to circulate pesetas again –Spain’s pre-euro currency.”

It is easy to dismiss this article as a sensationalistic, purely fabricated piece of junk, but the truth of the matter is that it had, according to Zero Hedge, more than 10,000 readers.

This is not an isolated case. On January 14, after the unemployment figures of Spain were released, Durden proclaimed that,

“since Spain is a country of the Keynesian persuasion, we can only assume the number includes a whole bunch of meaningless birth/death and seasonal adjustments.”

So, here it is Zero Hedge —a new form of financial journalism that is extremely popular… without the journalistic side of the equation.

4 Comments on "Zero hedge, but tons of garbage"