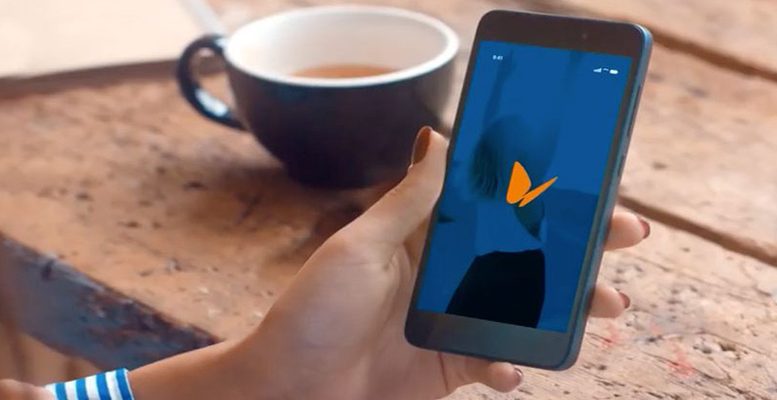 José Benito de Vega | Naturgy has enjoyed a very positive stockmarket evolution since the beginning of 2018, in which period its value has increased 43% compared to an 8% fall of the IBEX35. There are various factors behind his positive performance compared to the index, which was accentuated following the presentation of its Strategic Plan in June 2018. As we explain later, among these factors stand out: the company´s strategic pivot, focusing on value creation rather than growth, ambitious targets and very attractive shareholder remuneration.

Naturgy (the old Gas Natural) is a multinational group, leader in the commercialisation and distribution of natural gas in Spain, where it enjoys market share above 70% and 50% respectively. After the acquisition of Union Fenosa in 2008, it became a pioneer in the integration of gas and electricity, being the first and largest integrated gas and electricity company in Spain and Latin America. Currently it is the third largest integrated electricity company in the Iberian Peninsula, with a market share of around 13% in generation including renewables and 16% in distribution. In addition, it is one of the main LNG operators in the world and the operator of reference in the Atlantic and Mediterranean basins. The company is present in more than 30 countries, where it offers services to around 20 million customers in 5 continents, with an installed potential of 15.5 GW and a diversified mix of electricity generation.

After Repsol´s sale of its 30% holding and Criteria Caixa´s 10% reduction in its holding, Naturgy´s capital is currently controlled by two private equity companies: GIP and CVC with 20% each. Criteria Caixa remains the largest shareholder with 25.5%, while Sonatrach controls 3.9%. The remaining 31% is free float.

In June 2018, Naturgy presented its Strategic Plan for 2018-22 in London, which was well received by the market. Since then its shares have performed spectacularly, with an increase in value of 28%, 10% more than its sector (Euro Stoxx 600 +18%) and 32% better than the IBEX 35, which has fallen 4% in the same period.
The plan presented supposes a transformation of the strategic conception of the company, which stops being focused on growth as until now. After this transformation, which was accompanied by the change from Gas Natural to Naturgy, creation of value has become the fundamental thrust of the company´s strategy.

The pillars on which the strategy will be sustained in the next few years are:

1. Simplicity and good corporate governance. A year ago Naturgy defined a new organisational structure with which it reinforced and simplified the business and corporate areas.

The company has carried out relevant changes in its corporate governance, achieving a greater agility in the decision-making process. The Board reduced its number of directors from 17 to 12: six directors representing the main shareholders, five independent directors and the executive chairman.

3. Capital discipline. The company has established Golden rules which every new investment must meet: 1) Break even point: projects will only be carried out if they meet set profitability targets which will be fixed in terms of the risk profile of different businesses, activities and countries; 2) Positioning: investment focused on market and country objectives; 3) Industrial investment: industrial investment thanks to majority controlling participation; 4) Risk management, mitigating volatility in commodity prices and interest rates. Naturgy has quantified its capex for investment that meet these rules at 5.3 Bn€, which combined with maintenance capex would total 8.4 Bn€.

4. Shareholder remuneration: In its Strategic Plan, Naturgy has defined a shareholder remuneration policy based on the distribution of dividends and share buy back. The payment of dividends will not be based on a pay out or percentage of profits. Rather the company commits itself to pay a fixed dividend independent of results, with an increase of 30% in 2018 and a CAGR of 10% in the period 2017-22. In addition, Naturgy will implement share buy back programmes for a maximum of 400 Mn€ annually (a total of 2 Bn€ during the period), provided the company does not find opportunities for organic growth.

Last April, Naturgy presented its results for the first quarter of 2019. Sales reached 6.349 Bn€, stable in relation to the same period of the previous year. EBITDA grew 6.3% (1.119 Bn€) and net profits +6.6% (341 Mn€).
The first quarter of the year was characterised by solid advances in infrastructure business and stability in gas and electricity, despite a more demanding scenario than the year before. Ordinary EBITDA for gas and electricity grew 1.2% in the quarter, with solid evolution in the commercialisation of gas, electricity and services, which combined with generation compensated for the business weakness in LNG International.

Financial results increased 4.4% to -167 Mn€ due to the greater cost of financial debt in including the costs derived from the application of IFRS 16 (25 Mn€). The average cost of gross financial debt rose to 3.2%, with 86% of the debt at fixed rate.

The results entities with equity participation contributed 21 Mn€ in Q119, mainly as a result of the contributions of GGE (11 Mn€) and Ecoelectrica (8 Mn€). In Q119 there was not contribution from the results of interrupted operations, while in the same period last year the contribution was 183 Mn€.

With all the above, and taking into account an effective fiscal rate of 21.6%, the net result reached 341 Mn€ during the period, 6.7% more. Excluding the extraordinary elements, net profits grew 15.8% to 377 Mn€, mainly thanks to increased activity and reduced depreciation.

Net debt at the close of Q119, incorporating the impact of IFRS 16, reached 15.123 Bn€, a fall of 1,2% compared to the 15.31 Bn€ in December 2018, despite the 695 Mn€ destined to the payment of dividends and share buy back and the increase of 120 Mn€ due to the translation of currency changes. The net debt/EBITDA ratio at the end of Q119 was 3.7X from the 3.8X at the end of the year. Naturgy continues to advance the optimisation of its capital structure, in agreement with its Strategic Plan for 2018-22, and continue the process of optimising the financing assigned to each of its business units to increase the financial autonomy in the same currency as where the cash flows originate, securing greater flexibility.

Naturgy´s positive stock market evolution in the last year has led to trade at a premium to the European sector (Euro Stoxx Utilities) of around 20% in terms of PER20 and 30% in terms of EV/EVITDA, as well as enjoying returns on dividends 20% higher. The premium is even greater compared to the IBEX 35, but trading in line with the rest of the comparable Spanish utility companies. The electricity sector, with elevated returns on dividends, has benefited significantly from the low interest rate environment, acting as a refuge in complicated times for the market, which explains the premium at which it is trading in comparison with other sectors.

Since the presentation of its Strategic Plan, Naturgy has changed its strategic conception, becoming a company focused on value creation, rather than its previous focus on growth, with the following strategic pillars: 1) simplicity and good corporate governance; 2) optimisation of business; 3) capital discipline; 4) shareholder remuneration. This transformation, supported by a market environment of low interest rates and macroeconomic uncertainty, has resulted in a very positive stock market evolution, leading it to trade at a premium to the European sector and, especially, the IBEX 35.

We consider that it is a very solid company from the point of view of fundamentals, we evaluate its Strategic Plan very positively and, in the current environment, its attractive shareholder remuneration amounts to a support for its share price. However, after the positive evolution of its shares, it is trading with elevated multiples and at a premium to the European sector which, in our opinion, does not take account of the regulatory risk. We think that, at current prices, it would be risky to invest in the stock, and would wait for cuts in value before taking a medium/long term investment position.