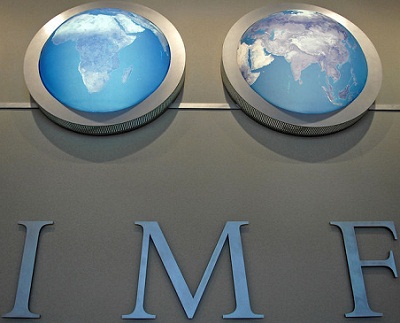 By Julia Pastor, in Madrid | The idea of a suffocated Spanish banking sector spreads like fire throughout the markets: Bankia’s nationalisation, Moody’s cut, the French president François Hollande advising to recapitalise the sector… But the International Monetary Fund will publish next week a report that assures 70% of Spain’s financial entities are already restructured. This news should help tame and perhaps even extinguish the flames.

Analysts at Madrid’s financial City also saw in Chancellor Angela Merkel’s support on Monday to the external examination that Spain’s banks will undergo, an opportunity to prove that the sector is healthier than perceived from the outside.

In Link experts’ opinion, the generic provisions recently demanded by the Spanish government will be enough to fill possible gaps between the market price valuations and the ones registered within the banks’ balance sheets. According to the IMF report, the major problem of Spain’s banking industry is Bankia, which is now mainly owned by the state so that it does not pose any more a systemic risk for the sector.

“We think that the Spanish banks are in better shape than it is regarded by foreign observers, and the results of the next independent tests will contribute to confirm that point and bring calm back to the markets,” concluded the Link note.

Last week Moody’s downgraded all the Spanish listed banks’ ratings, a move that, although expected, added fuel to the fire lit by Bankia and the Spanish risk premium increases. At Sabadell, analysts admit

these were “bad news”. However, they believe that “it should not impact negatively the entities’ stock price, firstly, because it was an unsurprising action after S&P’s reduction and the previous Moody’s cut of Italian banks’ grades days before. A second reason is that, currently, after the liquidity injection by the European Central Bank, Spain’s banks have not liquidity problems.” As for French president Hollande’s words, advising that Spain’s banking sector needs to recapitalise via the European Stability Mechanism, they were contested by the Spanish president Mariano Rajoy, who said:

“I do not think that Mr Hollande meant this, because he does not know the situation of the Spanish banks. Otherwise he might have details we do not have.”

After his meeting with Merkel on Monday morning, president Rajoy turned the attention to other euro countries and, not mentioning any in particular, stated they also should examine their banks.