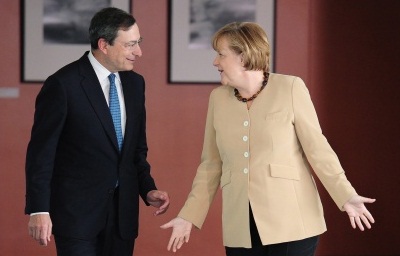 By Tania Suárez, in Madrid | Pablo Diez, from the asset management department at Nordkapp, explained in a conversation with The Corner that Spain’s unemployment ratio distorts the image the market has about the country’s economy as a whole, and investors believe Spain is at higher risk of default than other euro peripheral countries. He also said that “Spain should be provided with an injection of money issued by the European Central Bank” so it could cancel households’ mortgage debt. Since GDP in the first quarter of this year in Italy has fallen by -0.8% and in Spain only -0.3%, why markets continue to see Spain as riskier than in Italy? The market continues to perceive greater risk in Spain than in Italy because Spain already has a 24.4% unemployment and has a housing and credit bubbles that are still unresolved. This would mean that Spain’s economy is still far from being out of the crisis.

About the measures undertaken by the Spanish government regarding the financial sector, are they adequate to clean the system? The reforms are set in the right direction from the point of view that are forcing banks to increase provisions against possible real estate asset value losses. But the package has proved insufficient. Spain should inject money issued by the ECB to even get to write off mortgage debt of households, so that the crisis is resolved quickly. The euro would fall sharply, but it still will fall if the central bank doesn’t print money, so it makes no sense not to print euros as Germany wants.

If the European context doesn’t improve, what could be the consequences of having Greece going out of the euro? The Greek exit would open the door for others to leave, too, including Spain. The consequences would be dire, distrust on the euro would spike and investors would abandon Europe, with a generalised loss of asset value.

Is it a good choice that Black Rock and Oliver Wyman are responsible for auditing the Spanish banking system, its real estate assets, loans and mortgage portfolio? Provided that they are independent and know what they do, it is a perfectly reasonable choice.

Be the first to comment on "Germany must let the ECB print euros as soon as possible, says Nordkapp"