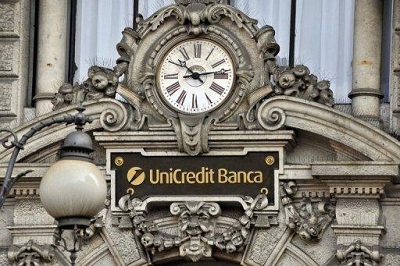 By Tania Suárez, in Madrid | The Italian banking system is, too, in the spotlight. Experts at Morgan Stanley consider that the problems of the Italian banking sector are not comparable to the Spanish banking, although there are important risks to take into account. These analysts recommend taking a cautious stand if there isn’t a coordinated solution at European level. In that sense, they reduce to neutral their recommendation for Intesa, and recommend selling Mediobanca.

“The decline in the quality of the assets and the increasing of the Non-Performing Loans (NPLs). This is an important problem, especially if we consider that the generation of internal capital is insufficient.

“Funding remains difficult. We don’t think that they will be able to pay the Long-Term Refinancing Operations if they don’t sell more assets.

“The business model is still under enormous pressure. We believe they will need years to cover the cost of equity.”

On the other hand, a Standard & Poor’s report noted that the Italian banks are sounder than the troubled Spanish entities. According to Renato Panichi, from S&P:

Analysts in Madrid say that the strong needs of funding are the Achilles’ heel of Rome. According to Bloomberg, Italy must pay €226 billion between maturity and payment of interests, plus the fiscal deficit generated during this year. The final bill could go up to €270 billion. Italy is also suffering its own flight of capital, which has worsened the funding conditions of the country.