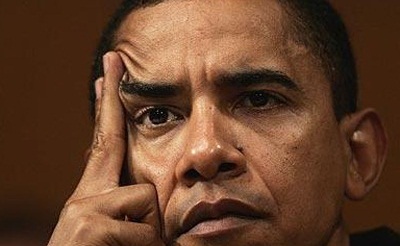 LONDON | Another day spent with the euro area teasing markets’ anxieties, another voice in the background alerting of a wall of trouble building up on the other side of the Atlantic. The US budget deficit is reaching a size many feel uncomfortable about: in Wednesday’s fundamentals briefing, Legal & General Investment LGIM suggested that the outlook for US debt is actually worse than most people currently believe.

“Not many have noticed, but while much of the developed world has been implementing ‘austerity measures’ to rein in government spending and deficits, the US has yet to make any similar policy moves,” said LGIM economist Tim Drayson.

The US will have the largest budget deficit in the OECD countries in 2012. Net government debt is rising rapidly with only the likes of Greece, Japan, Italy and Belgium having larger debts.

“The budget deficit is a real problem. Although Congressional Budget Office forecasts show this falling significantly over the next few years, this is only possible if a number of fairly large tax breaks are allowed to expire. This would clearly risk pushing the US into recession, and so politicians will almost certainly act to prevent this, ” Drayson explained. If increased taxes are not used, a budget deficit can be reduced by cutting spending or relying on economic growth to increase tax receipts from a more buoyant economy. But at LGIM, analysts see little chance of either scenario, as much of US Federal spending is fixed, covering benefit programmes such as social security and healthcare. Any attempt to cut entitlements would be extremely unpopular. Leaving the burden to fall primarily on discretionary spending would mean making swingeing cuts in sensitive areas including education. According to LGIM,

“the Budget Office suggests that growth will be very strong in the next few years and that this will help solve the deficit problem. We see this as very unlikely.”

If total debt continues to rise at current rates, the US could soon be facing further downgrades and a loss of confidence in US bonds and the dollar. As a result, Drayson believes that tough choices lie ahead.

“The US is at the start of a period of difficult decisions. Even ignoring the current deficit, projected healthcare costs over the next 20 years are simply not viable.”