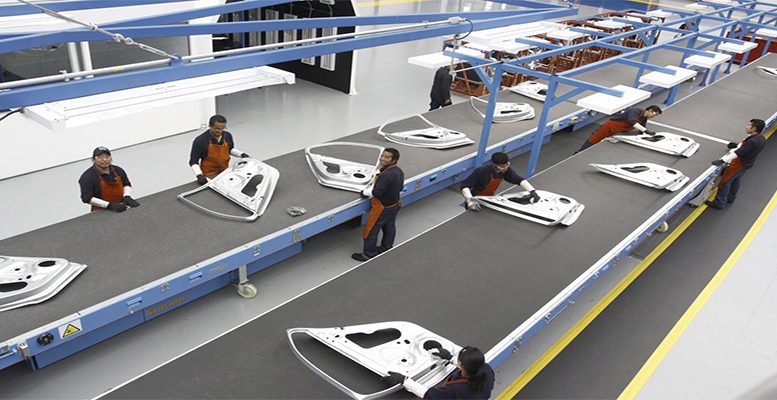 Gestamp, Spain’s biggest automotive parts manufacturer, will make its stock market debut on April 7. The preliminary price range has been set at 5,60-6,70 euros, valuing the company at 3.540 billion euros if the mid-range price is selected. The listing will be positive for the Spanish bourse, where in fact there are currently not many industrial companies. Gestamp will list 27% of its share capital which, including the greenshoe will increase to a maximum of 31.05%. The offer is only for institutions.

Gestamp has a leading position in the automotive components market (chassis, sunshine roofs, bumpers and many others) and has long-term contracts with numerous manufacturers at a global level, taking advantage of advanced technology.

The company has outpaced the sector in terms of growth in the last few years (revenues 2013/2016 +9.9%, TACC and Ebitda +13.2%). It has a large cash generating capacity and a healthy financial structure (nfd/Ebitda 2016 1.9x). The management team’s targets include maintaining the pace of growth in revenues over 2016/2019e, slightly boost that of Ebitda, maintain a level of investment as a percentage of revenues on a par with that in 2014/2016 (8%/9%) until 2018, declining from 2019 onwards, and maintaining the net nfd/Ebitda ratio.

Renta 4 analysts highlight the last stock movements in Gestamp (2 transactions in 2016): the first (Arcelor Mittal) was carried out at a much lower valuation, while the second (Mitsui) was at a similar level.

In Q2’16, Arcelor Mittal, world leader in steel components for the automotive sector, had to sell its 35% stake for 875 million euros, giving the company a total equity value of 2.5 billion euros. Months later, in Q3’16, Mitsui bought 12.525% of Gestamp for 416 million euros, equilavent to an equity value of around 3.3 billion euros, which would rise to 3.7 billion depending on objectives being met. As we have said, the estimated equity value for the IPO would be similar to this second operation.

To put a valuation on Gestamp’s IPO, its sector peers, after an excellent performance over the last year, are trading at an average EV/Ebitda 2017e of 7x. Renta 4 analysts say:

This multiple is also the one we use for our valuation of Arcelor Mittal, the average (2006/2016) at which it has been trading since it began in 2006. We believe that if the final IPO price is in the low-mid range, the stock could have upside potential.

In Renta 4’s view, their valuation is appropriate for two reasons:

On the one hand, the middle of the IPO price range values the company at 3.540 billion euros. The is below the 3.720 billion euros implied by the price Mitsui paid for a stake in the company in September last year. On the other hand, this price implies an EV/Ebitda of 6.5x, which seems coherent with the sector average.