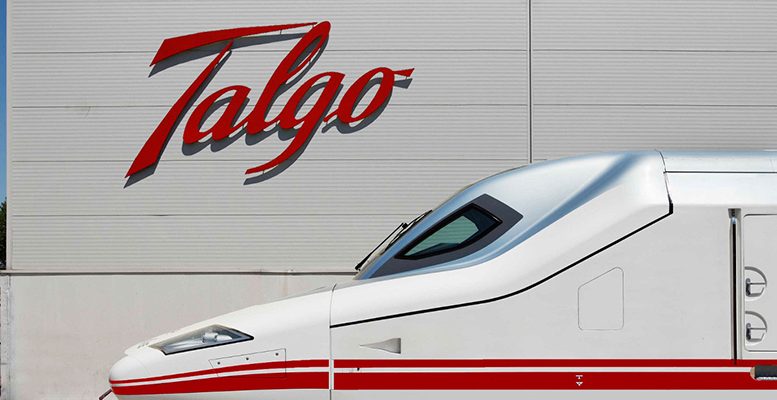 Spanish engineering company Talgo declared yesterday that it was the “virtual winner” of an order from Renfe (the state-owned passenger and freight rail transport operator) after presenting the best technical and economic bid. It will build 15 high-speed AVE trains, as well as handle their upkeep for 30 years (with an option for a further 15 trains). In principle, CAF made the best economic offer (measured by cost per seat), but, after recalculating Talgo and CAF’s respective passenger capacity (521 vs 487 seats according to a source) Talgo’s bid would be the most economical. Renfe’s board still has to ratify the final winner tomorrow.

This is the biggest order in Renfe’s history. In opinion of Norbolsa’s analysts:

While it still has to be confirmed, this order would mean an increase of approximately 28.5% in Talgo’s order book, taking into consideration that its bid was for 786 million€. Furthermore, it will mean that it can launch its new Avril model which can guarantee it greater market penetration in the future. Excluding the contract with Renfe, Talgo was estimating a pipeline of nearly 5 billion€ for 2017, with various opportunities on the cards in India. In the case of CAF, we should remember that 2016 is a record year in terms of contracts. Its order book is at record highs (over 5 years of revenues).

On the other hand, Bankinter’s experts believe that the aggressive conditions presented by Talgo could mark a “before and after” in terms of margins in the sector and, without doubt, in the company. The discount in prices, both for the construction and maintenance, the 5-year guarantee and the price revision of just 1% make this contract “vulnerable”.

For example, in the event of any slight uptick in inflation or hypothetical technical failures in a model which has not yet been sufficiently tested. The acceptance of lower margins could have an impact on the awarding of future contracts in any market or geographical region for any company in the sector. We believe this will put hypothetical pressure on margins, forcing them down and affecting valuations. At least the risk that this could happen has increased after this. And this is a particularly sensitive issue for Talgo. One of its major strengths has been its ability to sustain higher margins than its competitors.

“We think Talgo could not afford to lose this contract for strategic reasons (a stagnation or reduction in its order book, the opportunity to test its new Avril model, etc.). So we see the concessions made in terms of prices/margins as an inevitable defensive move. That said, it will weaken the company’s average gross margin and will probably set a similar trend for the sector as whole, which will affect valuation.

Taking this into account, and that there is still a risk due to its stake in the AVE to Mecca (which accounted for about 40% of its order book before this new contract), analysts maintain Neutral stance, with a target price of 5,10€ (upside potential of 5%).