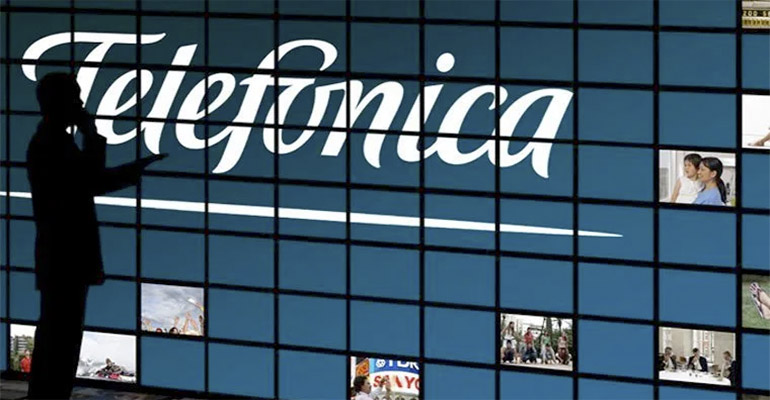 Telefónica’s business is responding very positively to the exceptional situation we are experiencing in three of its four main markets (Spain, Germany and the United Kingdom) according to data compiled by Renta4 analysts.

The company believes it has the best network amongst its competitors in Spain to face the current intense increase of data. At the moment, it assures that it is neither saturated nor shows bottlenecks.

In Spain, TV package contracts have increased 10% and TV consumption (Telefonica’s line Fusion ) by 50%, since they have the most complete offer in the market (recently reinforced by the agreement with Disney). Although football competitions have been stopped, the decision to end the European league and competitions in June is good. But the delay in the Eurocup by one year until summer 2021 should have a neutral impact.

As for commercial developments, Telefonica’s physical stores are still open and digital distribution is working.

Regarding incidents, 90% are resolved by telephone.

Meanwhile, they are not having problems in the distribution chain, or with inventories or suppliers.

In addition, Telefónica has 23 billion euros of liquidity (more than the debt which matures in the next 2 years) of which €9 Bn corresponds to cash and €14,000 Bn to credit lines and syndicated credit facilities.

Renta 4 has a favourable take on the the evolution of the company in the current circumstances. As the telecoms sector is a defensive one, the analysts believe its results should hold up better than those of most sectors. Particularly given that the government considers it a “basic service”.

Along the same lines, Morgan Stanley’s experts said yesterday that telecoms beat the market by 8%. They also flagged two current positive sector trends which will allow this relatively better performance to continue:

On the one hand, there has been a sharp increase in data traffic since the beginning of March. Mobile data volumes have bounced 25% and less than 3% of users have unlimited data packages. Industry revenues should be more stable as a result.

The main beneficiaries of this would be the countries with the highest churn rates and the presence of challenger operators, i.e. Spain and Italy. And also, within the sector, incumbents compared to challengers.

Telefonica’s share price is taking a severe hit at the moment, but for Renta4 the scenario that is discounted is “excessively negative” and the stock should show a better performance relative to the market.