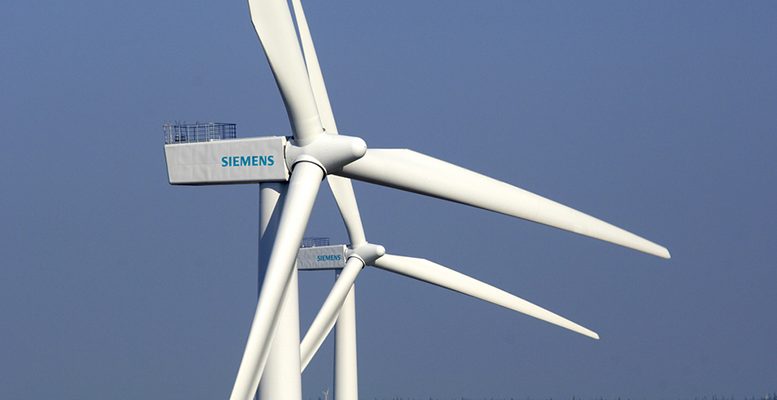 Siemens Gamesa, the company born of the merger between Spain’s Gamesa and Siemens’ wind energy division, posted a loss of 135 million euros in the second half of its fiscal year (April-September), the first period of joint activity since the integration. The wind turbine generator’s sales fell 12.3% to 5.022 billion euros.
The company will carry out a restructuring plan over three years, which will affect a maximum of 6,000 employees in 24 countries, 700 of which have already been announced.

It was already discounted that Siemens Gamesa’s quarterly results were going to be bad, more so after the company was obliged to issue a profit warning last October to start preparing the market.

According to analysts at Bankinter, the workforce reduction plan afectting 22% of total workforce should already be included in the synergies from the merger, given that the synergies target of €230 million has not been changed for the time being. Its objective would be to face the challenges of a more competitive market.

Another positive aspect which the analysts highlight is that there is a strong recovery in orders coming in in Q4, particularly in the segment of AEG Onshore which has gone from 693 MW in Q3 to 2.167 MW in Q4. This was something which was on the cards with the news of the latest contracts in Norway and the US.

Even so, the guidelines for 2018 are notably lower than the market expected (sales of €10.310 billion euros, underlying EBIT of €814 million, EBIT margin 7.9%) and would mean another year of a decline in operating profit. The median of the company’s estimates is EBIT’18e of €700 million, a 10% drop compared with 2017, and 14% lower than market consensus. That said, it’s good that the company has advanced some figures after delaying the presentation of their Strategic Plan to next February.

For Link Securities, once this transition period is over, in the long-term the sector will once again offer attractive growth opportunities, with Siemens Gamesa well positioned to take advantage of them.

That said, until there is more visibility we would stay away from the stock. In September, we published a report, reiniating our coverage with a target price of €12,28/share and a REDUCE recommendation.

Siemens Gamesa has called for a meeting with the union representatives for its Spanish workforce on Tuesday afternoon to tell them about the lay-offs plan announced by the company on Monday.

“They told us there would not be one person laid off in Spain,” union sources say. “We are not going to allow one person to be laid off. There have been restructuring processes in the past,” they warn.
Siemens Gamesa employs more than 25,000 people across the world, 4,000 of them in Spain.

The unions have issued a statement, saying they “reject any kind of workforce adjustment” and have announced they will try to coordinate with the other plants to start mobilisations.