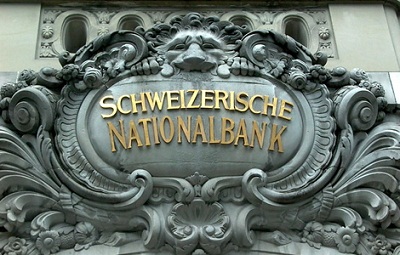 Posted By: The Corner 8th September 2011

By Luis Arroyo, in Madrid | Switzerland has a flat annual inflation rate, which is 0%, exactly. It has a nominal GDP growth of around 3% and an unemployment rate of 4%. And the Swiss National Bank (SNB) has decided to peg the Swiss franc exchange rate at €1.20. The Swiss franc is being bought heavily as a hedge against uncertainties in Europe, and therefore the demand and its resulting appreciation was not liked by the Swiss authorities because it is a contractive factor on their domestic economy and foreign trade balance. Some colleagues such as Marcus Nunes and David Glasner unreservedly praised the measure, though most have criticized it.

Since 2007, Switzerland undergoes a monetary contraction process due to the huge demand for Swiss francs, which are removed from circulation (Gresham’s Law predicts that the desired currency will be withheld and the undesired one will be released: bad currency drives out good currency. Or, in other words, banks that receive euros immediately want to exchange them for Swiss francs in the central bank).

Limiting the revaluation of a currency is an alternative way to expand the domestic money supply: the central bank is forced to exchange every foreign currency offer for Swiss francs at the set artificial price, and as its demand is not going to go down, every Swiss franc employed in the purchase of foreign currency enters the internal and external circulation. Therefore, the money supply increases. This, in turn, increases inflation and production, exports will increase and imports will fall. Thus, for some time, if it can maintain the new price, the internal Swiss economy will improve. Note that it is a measure similar to when the central bank increases the monetary base and, when it does so, the residual effect is a devaluation of the currency. Switzerland has begun at this end, because it is from the front side where the problems are coming.

When monetary expansion begins to be excessive and threatens to increase inflation, it will release the price of the franc against the euro.

A collateral effect of this operation is that foreign currency reserves –purchased in exchange for Swiss francs– will increase; as it happened in China, where the increase was due to its control of the Renminbi. Of course, it will require a very delicate management of those reserves.

Yet, comparisons end here. Switzerland wants to bring about the domestic effects of fixing the exchange, while China does not. China tends to be overheated and suffer from over-inflation, but it limits the damage (inflation, excessive demand) via an insufficient democracy and lack of private property in its full expression. China implements a contradictory policy: a devalued currency but a contractive money supply. This is impossible for an integrated and free country.

Switzerland can amply justify the measure because of its internal situation of deflation and rising unemployment. Surely, when the situation goes back to normal, it will ease or remove the measure.

Luis Arroyo is a former Bank of Spain economist. He writes regularly for www.consensodelmercado.com.

Be the first to comment on "The Swiss gambit"