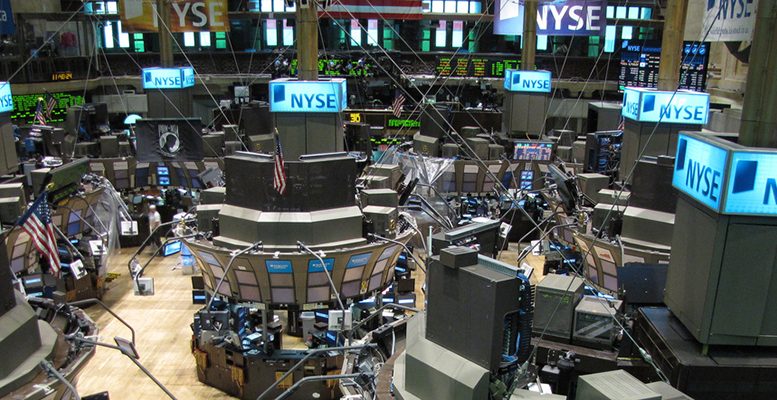 The collapse in the “greed index”, the exchange traded note XIV that was an inverse of the VIX, was behind the speed and magnitude of the drawdown in equities over last weeks, but was simply amplifying an existing fragility that has grown out of the post GFC obsession with low volatility. This is just “market mechanics”, as explained by Mark Tinker Chief Economist at AXA IM Framlington Equities Asia in one one his last notes.

The fact that the XIV actually went to practically zero and is thus no longer a factor in markets has certainly acted as a firebreak and VIX has now come right back down again and markets have stabilised.

So do we all just ignore it and go back to where we were? Or is the equity bull market over?  In fact, Tinker’s answer has actually been no to both questions, since he doesn’t believe they represent the only options.

I think equities still offer great opportunities, but I wouldn’t necessarily express that via the S&P 500 index. Partly this is because non US equities are now the cheapest they have been against the US since 1997 and partly because the US now represents over 50% of global market cap, but I don’t believe it represents 50% of the opportunities. The dips I would be interested in buying would thus be stock specific rather than index based, because I do believe that we are in a structural shift away from passive investing in equity benchmarks.

Those who operate on historical behaviour of bond and equity markets need to recognise that the investor base is very different from the past and growing ever more so. Many of the big institutional investors are now constrained by macro-prudential regulation and asset liability systems so as to be able to hold very little in the way of equities, while the shift from property and cash towards a more diversified portfolio amongst the booming middle classes of Asia means that western bond and credit markets offering sub 3% yields are still of very little interest and would be even at 5%. There is also a home market bias effect. Analyst Mark Tinker points out:

Asian equities pay 25-30% of all dividends globally yet barely reach 3%, let alone 5% of most global portfolios. An Asia based investor would probably start at 40%. Moreover, the binary notion that they can own either a standard bond index or a standard equity index will likely not appeal either, partly because the indices themselves can be quite skewed to particular stocks or credits and partly because people used to buying ETFs recognise that to get a benchmark level of return they need to accept a benchmark level of risk. If you want to accept only half the risk, you need to accept half the return, but that may well be acceptable. However, it is also perfectly possible to construct strategies that do this by stock and credit selection rather than complex and often expensive hedging overlays.

Last time a market was over 50% of global market cap, as the US is now, it was Japan in the late 1980s and back then the risk obsession was index correlation. Investors were told that the best way to reduce the risk in their global portfolios was to have 50% in Japan. Obviously we know how that ended, but we still found ourselves in the dot com bubble a decade later with investors chasing market cap. The Chief Economist at AXA IM in Asia details the parallel with this experience of the 1990s.

It is just as the response to a failure of market cap weighting in Japan was to create a different market cap weighting problem in Nasdaq, so the response to the false promise of low volatility products that were regarded as low risk right up until someone tried to sell them in my view seems to have been to create a different set of low volatility products.

This is not to say that we will get a 2007 style crash, rather to suggest that last week might be something of a wakeup call as to the wisdom of accepting that volatility is a sensible measure of underlying risk, let alone the only measure.

Equity like returns with bond like risk has been the mantra since 2009, which has delivered lower volatility for sure, but also delivered rather lower than