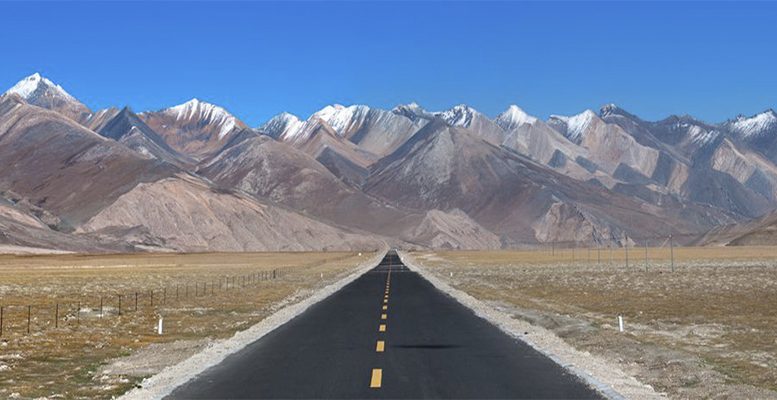 Australian Prime Minister Malcolm Turnbull is expected to raise the issue with U.S. President Donald Trump during his three-day visit to the U.S. that starts Wednesday, the Australian Financial Review reported. Turnball is visiting the U.S. with a delegation of state and territory leaders and business executives.

The plan was still “nascent” and “won’t be ripe enough to be announced” during Turnbull’s visit, the paper reported. But it would be seriously discussed during the trip, AFR said, citing an unnamed senior U.S. official.

The official described the plan as an alternative, rather than rival, to China’s highly-promoted Belt and Road Initiative, which seeks to promote development of infrastructure in countries along the ancient maritime and land-based Silk Roads connecting Asia with Europe.

China has also promoted similar development through its establishment of the Asia Infrastructure Investment Bank (AIIB) in 2016, an initiative that has drawn widespread support from both Western and developing countries. Neither the U.S. nor Japan has signed on as members of the development bank, though both India and Australia have.

When asked about the new four-country cooperation, Japanese Chief Cabinet Secretary Yoshihide Suga said that the four sides regularly exchanged views on issues of common interest, Reuters reported. “It is not the case that this is to counter China’s Belt and Road,” he added.

The new plan comes as Belt and Road, unveiled in 2013 by Chinese President Xi Jinping, gains influence. The trade and investment program now covers a diverse range of countries including New Zealand and Russia, and will expand to include 16 central and eastern European countries.

Some observers have said Xi’s initiatives will strengthen the geopolitical standing of the world’s second-largest economy and allow it to export its excess domestic industrial capacity as its own infrastructure-building starts to slow. But Xi has stressed that all participating nations can benefit from economic opportunities created by the program.

Some nations have formed other regional alliances to counter Belt and Road. Those include the Trans-Pacific Partnership (TPP), signed in 2016 by 12 countries bordering the Pacific Ocean. That pact was left in limbo, however, after the U.S. quit in January 2017, fulfilling a pledge of U.S. President Donald Trump.

Despite that setback, the remaining 11 TPP members have moved ahead and are set to sign an agreement next month. They hope the U.S. may eventually return to the pact, an issue that Turnbull may raise during his trip, according to the Australian Financial Review.