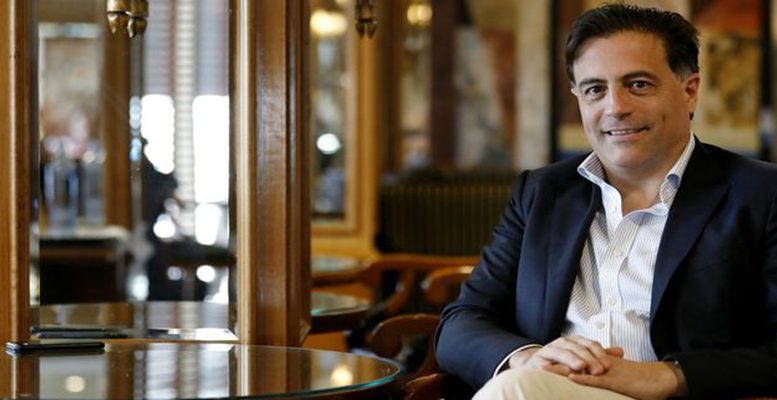 Pablo Pardo (Washington) | Modern Monetary Theory (MMT) is the fashionable idea in economics. Defended by part of the left and attacked both from this same side of the political spectrum, and from the right, it argues, simply, that economies need more monetary and fiscal stimulus to reaching cruising speed and normalisation which they have not been able to achieve after the 2008 crisis in the US and the 2010-13 crisis in the Eurozone.

The objective, its defenders say, is to avoid falling into the deflation trap and minimal growth which has afflicted Japan since its housing bubble burst in 1991. Its model is “Abenomics”, in other words the massive monetary and fiscal expansion carried out by Prime Minister Abe since 2012, and which appear to have out that country on the path of growth.

MMT became fashionable in 2019 because of a speech by former chief economist of the IMF, Olivier Blanchard, to the American Economics Association. But the idea had been around for a while. One of its first formulations in 2018 was by a Spaniard, Ángel Ubide, in a book which Deusto has just translated: “The Paradox of Risk”.

Ubide, who was advisor to Pedro Sánchez between 2015 and 2016, has an enormous experience in financial markets. He has worked in the IMF, Goldman Sachs and three of the largest and best known hedge funds on Wall Street, Tudor, DE Shaw and now Citadel, where he is director of fixed income studies. He has also been a senior fellow of the Peterson Institute for International Economics, the most important think-tank specialising in economics in the US.

What do you want to get across in your book?

In the beginning I had the idea of writing a descriptive book because I had seen the crisis from both angles, that of the market and that of the think tank (Peterson Institute). Thus it was more a descriptive book than anything else. But afterwards I realised that the concept of risk management is something we often use from the point of view of the market but less from that of economic policy. The idea of the paradox of risk emerged from that. Paul Tudor Jones always says: to gain 20% you have to risk 5%. If you risk losing only 1% you run the risk of making much less. The book centres on this concept that we must risk more if we want things to turn out better.

But this phrase of Paul Tudor Jones puts much more on the upside than on the downside. According to this reasoning, you can always lose much more than you can gain.

Yes, of course, because we have to do it from an intelligent point of view, and this means doing a good risk analysis. Bob Rubin, in his memoirs “In an uncertain world”, recalls that when he was Treasury Secretary he applied the concept of uncertainty and that the world is stochastic, which is why you have to take decisions in terms of possibilities. For example, you can analyse the rescue of a bank only from the point of view of the cost to the public treasury, but you can also look at it from the profit side: how much will society benefit from it.

This was the argument of the Obama team in 2009

Tim Geithner (US Treasury Secretary at the time and now president of the private equity fund Warburg Pincus) also says this in his memoirs.

Is this not susceptible to being politicised? Is not counterbalancing the potential cost with the potential benefit very abstract?

Yes, and this explains things well. For example, the US taxpayer made money from the rescue of the banks. But nobody knows it.

This type of reasoning is politically risky.

Because we have not been sufficiently aggressive. Think about the whole fiscal austerity debate. At a moment when we are emerging from a recession, it cannot be that the governments are deciding to return to fiscal austerity. It cannot be that, when the private sector is still risk averse, the public sector is too. Out political situation is the result of not having been brave enough in recent years.