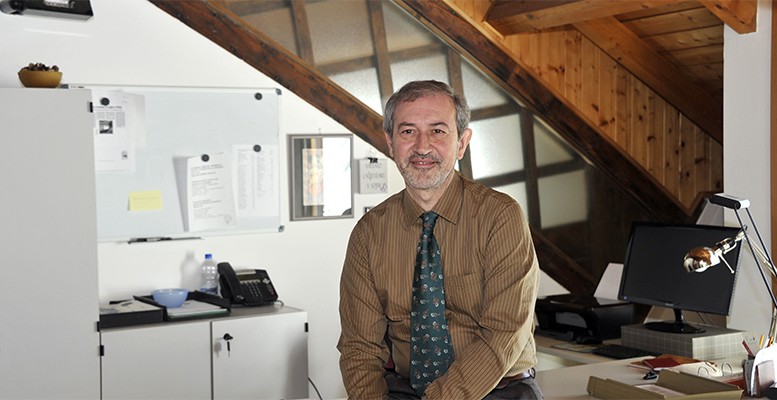 Roberto Tamborini, author, Professor of Economy at Trento University says to The Corner at this interview that “we can only start on the road towards a satisfactory recovery with fiscal and monetary coordination in the eurozone, and this fiscal stimulus can only be coordinated via Brussels. This directly calls into question the eurozone’s economic governance, one of the pillars of which is the Maastrich principle of exclusive national responsability.”

Q: The chairman of the Milan employers’ association insists that if Germany doesn’t stop “choking” us with their demands for austerity and debt reduction, Italy will edge “closer and closer to disaster” (and leave the euro). What do you think? Are Italian businessmen putting too much of a burden on Germany instead of doing what they should?

A: Italy’s corporate sector has a share of the responsability for the country’s acute economic problems, some which date back to before the start of the crisis and austerity policies: too many small companies, an obsolete corporate culture, a lack of innovation, infracapitalisation, capitalistic nepotism. Unfortunately this practice of looking for scapegoats is something general in Europe. Although there are some objective structural reasons behind it, the so-called north-south divide has also widened on both sides due to internal political interests, to transfer the costs of the adjustments. This is one of the symptoms of the European crisis, more than the emergence of negative protagonists in some countries. From this standpoint, the real damage caused by austerity is that it has highlighted a bad economic and political management of the crisis, a counterproductive “country by country strategy” which lacks a clear identification of collective European objectives.

Q: What are the most urgent reforms needed?

A: Every country in Europe needs reforms to prosper in a changing world, as the presidents of the central banks in Germany and France said recently, when defending the role of a European Finance Minister. The problem is what reforms, with what objectives and designed by whom? To summarise, the principal malaise affecting Italy is that it doesn’t fit in – either in the public or private sphere – with globalisation or in the monetary union. It’s a serious malaise because it is interwoven in the design of our institutions and in the organisation of our economy. So a lot of intelligence is required, amplitud de miras and determination both on the part of the political elite and civil society. And also a lot of time.  The reform strategy which has been implemented up to now – neo-liberal recipes to please everyone because “that’s what Europe wants,” according to agencies and external regulations – has failed to work. And I doubt whether it ever will, with the huge damage that this has caused both Italy and Europe.

Q: How long will Germany be able to maintain its high savings rate compared to its European counterparts without any mishaps? Will they be forced to accept a haircut at some point?

A: Mishaps are already happening. The excess of credit in “the south” after the quest for high yields in the buoyant times, combined with the fall in domestic spending in times of austerity, have been the key reasons for the crisis across the globe and, particularly, in Europe. Historically and structurally, Germany is a country of savers which has always needed external sale outlets for its productivity capacity. This is neither a sin nor a virtue. It depends on the rest of the world, on whether imports somewhere are increasing sufficiently. Germany’s mistake is to believe that all European countries should be net exporters. This is simply not possible in the context of today’s global crisis. So other mishaps are likely. Given that the export race in a stagnating world is a zero-sum game, there must be a loser. And if this country is very indebted and unable to sustain export-based growth,  its collapse is inevitable. The dilemma facing the Germans is the choice between orderly acquittances of debt or the disorderly collapse of countries with high debt levels.

Q: Europe is working towards avoiding future bank bailouts. And yet the Italian banks have just been guaranteed a bailout. Will it ever be possible to break this vicious circle?

A: The Italian banks’ situation needs to be put into perspective. They were less exposed, less implicated, and less damaged by that first purely financial phase of the crisis which arrived from the US in 2007-2008. At that time, the banking systems in the “north” – Germany, France, the UK, Ireland and Holland – were badly hit and the object of huge public rescue operations. The Italian government stands out as one of those which spent the least amount of taxpayers’ money on bailouts. Since then, the Italian banks’ loans have suffered a continued deterioration due to three successive years of recession: 2012-2013-2014. And meanwhile the new regulations of the so-called Banking Union have come into force, prohibiting public bailouts and imposing private bailouts…As far as the Italian government’s indirect and limited intervention in a banking crisis goes, long-negotiated with the European Commission, it concerns four small local lenders. A joint venture has been set up amongst the largest private banks to clean up the stock of doubtful loans. Banks are private businesses so, in principle, it’s right that their owners and main investors are the ones who have to pay, not the taxpayers. The different solutions for shared insurance are welcome. But the banks are businesses which have consequences for society. And institutions have been created with the legititmate democracy to handle these problems. It’s difficult to find a balance between these two considerations. In this respect, Banking Union is not progressing.