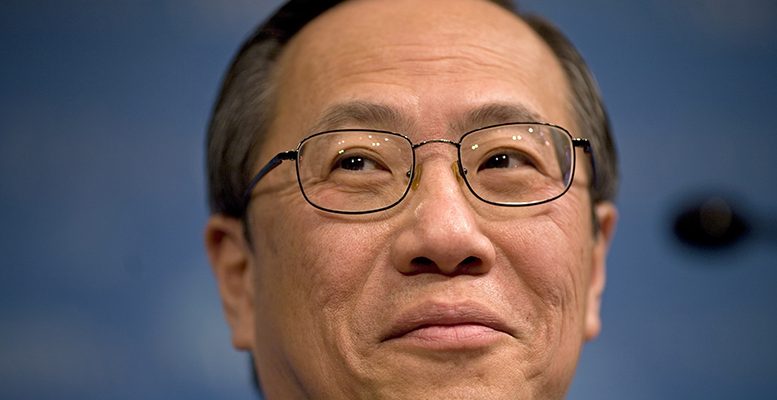 The European banking system is much larger than the US’, namely three times –$33.2 trillion against $13.4 trillion. Hung Tran, Executive Managing Director at the Institute of International Finance, explained to The Corner how this could result in the Eurozone becoming one of the world’s lenders.

A: How worrisome are negative rates? Is there any historical precedent to this or is this a completely new environment?

A: It’s unprecedented for policy, short and longer term interest rates of many developed countries to remain negative on a nominal basis for so long! Prolonged negative rates are worrisome as they reflect unproductive use of capital—hence discouraging investment and contributing to slow growth. They also impact bank’s net interest margins and earnings, the solvency of insurance companies and funding strength of pension funds.

Q: Should we play by the same rules now that there is no debt obligation to be considered completely risk-free?

A: The discussion about whether sovereign debt is risk-free has been confusing. The notion of “risk-free” sovereign debt refers to credit or default risk: sovereigns issuing debt in their own currency have many ways of servicing their debt (by raising taxes and/or reducing the debt burden by boosting inflation or monetizing the debt etc.), hence have traditionally chosen not to default on debt for reputational reason. In the case of a monetary union, such as EMU, a member country issues debt in the common currency (i.e. the euro), but has given up monetary sovereignty thus losing the option of raising inflation or monetizing. Such countries could face debt sustainability problems, possibly leading to debt restructuring as in the case of Greece. So it’s important to specify which country’s debt we’re dealing with.

Q: Brexit is more likely to be “hard” than “soft”. Will the City manage to keep control of European finance sector?

A: While the terms of Brexit are uncertain at present, the City of London will remain an important global financial center given its many traditional and natural strengths. As such London will contribute to the financial intermediation serving the global economy, including that of Europe. This is a more constructive way to frame the issue, rather than “keeping control of the European finance sector.”

Q: Just when Europe finally set up a mechanism for resolving troubled banks, Italy will deal with its problems in a different way. Does this make sense?

A: Resolving banks by imposing losses on their shareholders and creditors carries political costs, especially if those holders are numerous retail investors. The issue boils down to how a country deals with such political fallout.

A: It depends the size of the country, the nature of the international business banks in that country engage in and quality of regulation and supervision. While there is no obvious threshold regarding size of banks relative to GDP, it’s clear that bigger banks require effective management, regulation and supervision, otherwise risks can arise. The Eurozone can be among the bankers to the world by intermediating domestic savings to other countries in need of capital.

Q: European bankers complain that US investment lenders are crushing them. What is your take on that?

Q: Some 80 percent of corporate debt in Europe is in the form of bank lending, with just 20 percent coming from the corporate bond markets – almost the inverse of the U.S. Is this due to a cultural risk aversion or to an excess of bancarization?

A: The difference in bank vs capital market financing in Europe and the US is due mainly to different development experiences. In the US, early development of large corporations needing to diversify funding sources by issuing bonds, institutional investors like pension funds, insurance companies and mutual funds needing corporate securities to invest in, and brokers/dealers and securities companies (under Glass-Steagall) driven to offer sophisticated capital market products in competition with banks. By contrast, Europe’s universal banking model may have softened this competitive drive. However, since the 2018 crisis, European companies have issued a record amount of bonds (over €750 billion on average per year since then), outpacing the growth in corporate lending by banks.

Q: European banks face long-term headwinds impacting their performance such as the BRRD, Negative Interest Rate Policy and NPLs. What ROE should they expect for the coming 5, 10 years? What ROE would be acceptable for regulators?

A: ROE should at least cover their cost of capital, or better, the cost of equity.

Q: Is Europe’ s Capital Market Union a chimera in the current environment? Some experts argue that it will be too difficult and feel pretty discouraged about ESMA.

A: With or without Brexit, the EU needs to develop capital markets. Many concrete projects under CMU should and can go ahead: simplification of prospectus rules, harmonizing corporate solvency laws and processes etc.