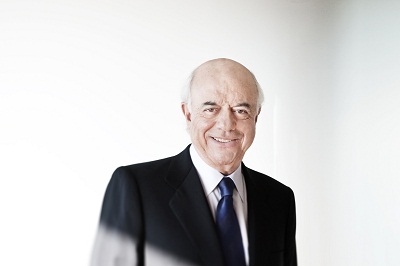 MADRID | The newspaper El País published an interview in its Sunday edition with Francisco González, president of BBVA and

“one of the bankers that travels the most around the world. Some even criticise this obsessive international concern, but it provides him with the ability to know how Spain is perceived abroad.” What are the lessons learned after four years of crisis? This has been a very severe crisis due to a very flexible regulation, a very lax supervision, a mistaken economic policy and extremely poor banking practices around the world. In Spain, this was the case for some savings banks. It is only fair that those who have done things wrong pay the consequences. This is the response that society is demanding. In BBVA, we are proud because we are pretty much on track. We don’t have any open fronts and we have not made the same mistakes as others.

Will the financial reform end with the bad practices? It’s a law that marks the beginning of the transformation of the sector. Later on, the market will tell if it was well done and what should be the solutions for those entities that are no longer viable. The important thing is whether the market likes what is being done. I hope and trust the government shall do things right. Success depends on how the reform ends up and that there no be personal interventions or political interferences that muddle it up.

What do you think of the government’s proposal regarding evictions? In our case, out of ten families with problems, we have solved nine by extending the deadlines or by temporarily freezing the interests. We have been doing so since 2008. It is true that for 10% we have not found the right solution, but we are among the entities that have the fewest problems of this type. The financial sector will have to accept part of this expense because it is fair, but we must avoid that someone who can pay doesn’t. BBVA will accept the good conduct code that the government proposes.

What has changed in Spain with Rajoy’s government? Many things. The perception of Spain has changed completely. There has been a radical turn around with the new government. Maybe this is not what a banker should say, but in Spain during the last few years there has been a disorganised expenditure plan that has brought the situation to the limit because of the loss of credibility. The change of government is giving Spain the opportunity to recover its credibility. Now we must wait and see if all this turn into the creation of jobs, the most important thing. If it doesn’t, it will be a failure.

Will the labour reform promote dismissals in the short term? What these changes do is they attack chronic problems that Spain has suffered for 40 years. We have twice as much unemployment as the economies around us because something was wrong and measures should have been taken. The reform will allow for more flexibility and will create jobs if, along with the financial changes, credit can be recuperated. I don’t know if there will be more unemployment in the short term.

You say that the risk premium is key to the economy. At what level could it end up by the end of the year? If things go as they seem they will in the European Union, it should be below 300 points. If it isn’t, it means things aren’t going as they should. If the macro economy doesn’t go wrong… each point represents more expensive credit and loss of jobs.

On Wednesday there will be a second credit auction by the ECB at three years. In the previous one, €500 billion were requested. How much money will be requested this time? Some say €600 billion. I think that nowadays the stigma from taking part in ECB auctions has been removed. There more one asks for the better. I think these auctions are positive for the economic recovery. It’s a historic step and I hope it is a success. It should be an opportunity to set things right, not to earn money taking from the ECB and placing it in public debt. We have to be clear about this.

How much will BBVA request? Less than other entities because we are less in need of liquidity. We are not embarrassed to say that in the first auction we requested €11 billion and that now we are going to ask for a similar amount. Other competitors have said that they are going for more. I think that’s fine. One must not be afraid, we are in a recession, one has to put money in; this is how these situations get solved.

Won’t the Spanish banks be criticized if they are to request the most? You can’t go for a lot of money if it then doesn’t reach the market. If it does not transfer on to the economy, there could be problems in the future. One must explain what that money is for.

Be the first to comment on "BBVA’s Francisco González: “Spain has now a chance to regain credibility”"