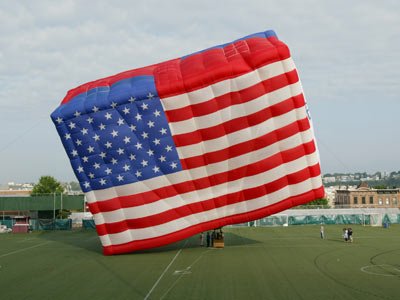 NEW YORK | One in seven Americans gets help from the federal government to feed themselves and their families. That is 46 million people, many of whom didn’t need help before the crisis. The current situation now leaves them no choice: their business collapsed, they were part of a company that filed for bankruptcy, they lost their home, bills started to pile up… there are many reasons to sign school-age children to eat free meals at federal expense and apply for food stamps. The public broadcaster PBS has gathered some of their stories in a series called: Portraits of hunger.

The truth is Americans are relying on government benefits more than ever before, even those citizens who didn’t vote Democrat and supported Republican’s idea of a small government and tax cuts.

“Social Security and Medicare, make up nearly a fifth of Americans’ income, and almost half of the country lives in households that receive benefits. The cost of these programs is rapidly rising and consumed nearly 66 cents of every dollar of federal and state revenues in 2010”, as said in The New York Times.

Middle class struggling to get by is becoming a pattern. The basic building blocks of economic security (a job, a house, an education for the kids, health care, and retirement) seem not solid enough.

“High unemployment and the restructuring of the labor market have eroded middle-class incomes after decades of stagnation.  Meanwhile, the cost of health care, education, and other essential middle-class goods have increased, consuming a larger share of household income. And the bursting of the housing bubble has wiped out trillions of dollars in home equity that the majority of Americans rely on as the primary source of wealth and retirement security.”, states a New America Foundation’s report called ‘The American Middle Class Under Stress.'”

The middle class issue will play a key role in the 2012 presidential campaign. Republicans claim that it is shrinking because of the failed policies set by the government. They consider that Obama’s budget is

“a class-warfare, tax-the-rich one” (says Larry Kudlow in Big Government).

They insist they relate to the daily struggles of the middle class. Rick Santorum warned of

“the narcotic of government dependency.”

Newt Gingrich compared the safety net to a spider web. He even suggested that children in poor neighborhoods should be allowed to serve as janitors in their schools to earn money. Mitt Romney said the nation must choose between

an “entitlement society” and an “opportunity society.”

They have not spared criticism to Europe for being ‘socialist’ and spending money on social programs.

For some conservatives, such as NY Times columnist David Brooks, the US is actually spending a huge mount of money too. Instead of providing welfare provisions through direct government payments, Washington does it “through the back door via tax breaks.”

“a tax reform effort that simplifies government frees the economy and focuses social support on those who actually need it. A left-right tax reform alliance to do that would break the political logjam as well as the economic one.”

With the US emerging haltingly from recession, the income gap widening and unemployment above 8 percent, the American Dream is constantly being questioned. It might still be there, although it’s much more difficult to achieve.