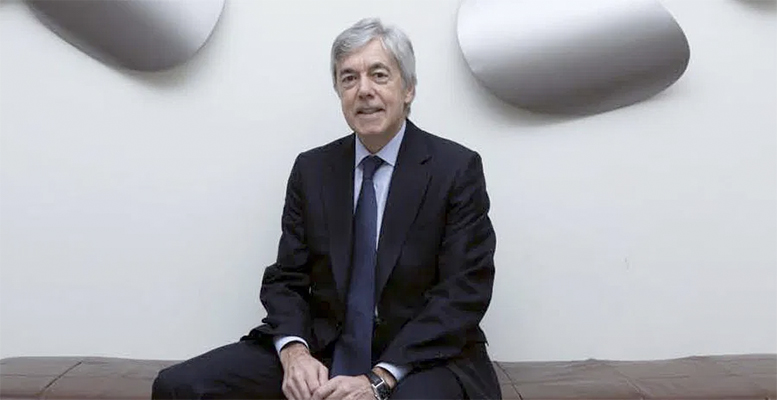 Fernando Rodriguez | “Traditionally, the major correlation in stock markets has been between actual or expected corporate earnings and prices. And right now, for several years, the most direct correlation has been between the stock price of an index and the balance sheet of its respective central (…). Today the market is discounting that there is no limit to this race and futures are assuming a zero rate scenario until 2030. Personally, I believe this has a limit and is not what the market thinks about,” explains Juan Carlos Ureta, Chairman of Renta 4.

Q: In the presentation of Renta 4’s 2021 strategy, you flagged as one of the highlights of last year the debate on whether zero interest rates will be permanent and structural.

A: When Mario Dragi said goodbye to the ECB, he was asked what was the most important change he had seen during his mandate. His answer was that when he took office people thought that interest rates had gone down but would go up again. And, at that moment, nobody thought that rates would go up. The Central Banks have already confirmed that zero interest rates are for the long haul. This is having a dramatic impact in terms of asset valuation and asset management or ‘asset allocation.’ If we think or assume that negative rates are going to be permanent, the temporary element is not important in terms of valuation and it doesn’t matter whether a company makes money now or in 2030. If we assume the premise of structural zero rates, it changes the traditional idea we have always had that money has a price and there is an opportunity cost in the fact of investing or being invested. In fact traditionally, the major correlation in stock markets has been between actual or expected corporate earnings and prices. And right now, for several years, the most direct correlation has been between the stock price of an index and the balance sheet of its respective central bank. There is a kind of communicating vessel between stock price and liquidity.

Q: How will this context of zero rates plus the huge injections of liquidity by central banks influence the evolution of economies?

A: If we look at the economy as a whole, we have to look at the supply side and the demand side. On the demand side, it is severely constrained by confinements and Covid-19 . On this front, the policies being made are demand-stimulating. This and vaccines will eventually solve the problem and sooner or later people will start consuming again and so on. But that’s only part of the economy. There are also two other important supply-side concepts, which are productivity and sustainability of the economy. In the pre-Covid world it was already becoming clear that the economic model was not sustainable, not only because of environmental problems but also because of over-indebtedness. This has been exacerbated in the post-Covid world. The virus has made it clear that the transformation of the economy, or the ‘great reset’ the Davos forum has talked about, is also pending. This is not only a digital change, but also a change in lifestyles and social values of a company. Customers and the general population are asking for it. It is what is called conscious capitalism.

Q: How is all this going to influence economic policies?

A: In Europe, we now have two big stimuli. Bond purchases, which are blind and not finalist, and the famous ‘Next Generation’ plan, worth 750 billion euros, which is finalist. It is linked to the green economy, sustainability, inclusion and diversity or digital transformation. We are going to see more and more finalist economic policies. We are moving towards what is called State Capitalism or what others call Market Socialism, depending on the approach, We are going there, whether we like it or not. I think this is structural and not a fashion, even though it has elements of this. There are companies in Silicon Valley that say what they do is change the world. A company lives on the value it gives to customers, and today customers want part of that value to be delivered through a commitment to the big issues that affect society. In addition, of course, to a good product or service. No one is considering buying a car that pollutes now. These transformations are very profound even if there is a fashion component.

Q: Where does the exponential growth of the public deficit and debt lead?

A: What is called a “modern monetary theory” has appeared which says in very simple terms that public debt and deficit do not matter. It is a theory which very much pleases politicians of any colour. The limit is in the confidence people have in the currencies of those economies. And it is evident that it exists in the dollar or in the euro. We live in the world of ‘fiat money’. That said, since all the big central banks are issuing money at the same time, there are no problems of devaluation between the reference currencies. Today the market is discounting that there is no limit to this race and futures are assuming a zero rate scenario until 2030. Personally, I believe this has a limit and is not what the market thinks about.

Q: How does all this influence the concept of risk for companies and investors?

A: Now everything is inviting companies to get into debt. At Renta 4 Banco, in our field of operation, we invite companies to capitalise, taking advantage of the moment of liquidity to reinforce their capital. Excessive indebtedness will have a high price to pay. Perhaps not by governments, but by companies. We are seeing debts of 20 times Ebitda, but I like to talk about the debt trap, both for companies and families. That lesson was already seen in the 2008 crisis. As far as investors are concerned, the ‘set allocation’ binomial is not now that of fixed income/equity as it used to be, with a bond portfolio on the one hand and investment in stock market risk on the other. Now, fixed income is not profitable, and the binomial is that of liquidity/risk, where liquidity represents only one option for investing in risk.