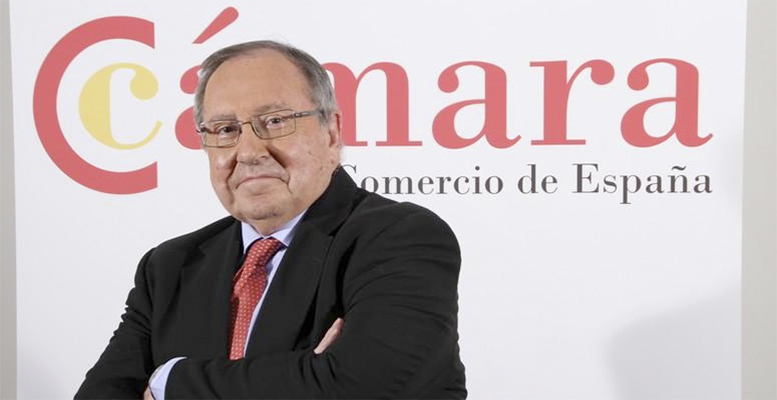 José Luis Bonet, president of the Spanish Chamber of Commerce

Manuel Moreno Capa | “We need to to act with unity to fight the crisis, preserving the institutional stability around the principles that in the last 45 years have made possible an unprecedented stage of development and progress in Spain,” says José Luis Bonet, president of the Spanish Chamber of Commerce. But in addition to preserving what has been achieved, he believes that “ambitious and consensual structural reforms must be tackled with broad majorities, allowing us to increase our potential growth in the coming years.”

Q: What urgent, short-term measures should the government take to help companies overcome the impact of the pandemic?

A: The vaccine announcements allow us to see the light at the end of the tunnel, but we are still in that tunnel and we have some very tough months ahead. Therefore, the government has to give it their all in order not to leave anyone behind and to save viable companies. It is necessary to maintain the monetary and financial measures aimed at preserving adequate access to financing, something to which the ECB has committed itself; income support, aid to the self-employed and ERTEs must be extended and modulated until necessary, even beyond January 31; and extend the lines of public support for the liquidity of companies, particularly for those with more solid prospects of viability. There needs to be more flexible grace and repayment periods, a point on which progress has already been made. In addition, we would need to study the possibility, on a temporary and exceptional basis, of making prudential regulation in the financial sector more flexible to meet the production needs arising from the crisis. As well as improve the regulatory context linked to insolvency proceedings and second chance, extending the regulations to include the most vulnerable people affected. These would include disadvantaged individuals, the self-employed and small entrepreneurs…

Q: And for the medium and long term?

A: The economic damage is obvious; we must not deny the severity of the problem. That is why to combat the crisis we need to act with unity and preserve institutional stability around the principles that in the last 45 years have made possible an unprecedented stage of development and progress in Spain. I have referred on many occasions to these basic principles, which are enshrined in the 1978 Constitution: democracy, parliamentary monarchy, the rule of law, the welfare state, the social market economy and the state of the autonomous regions. Plus others incorporated later, such as membership of the European Union.

Q: It is precisely from Europe that a great opportunity is now coming to us…

A: The Next Generation EU Fund offers Spain an unprecedented transformational opportunity to establish future modernisation and progress. That is why it is essential to correctly identify the priorities for reform and investment, and the proper use of these funds, on which the future of our country depends to a large extent. At the Spanish Chamber of Commerce, we have identified four priority lines of action around which projects should be oriented: digitalisation, ecological transition, training and internationalisation. In parallel, ambitious and consensual structural reforms must be tackled with broad majorities that will allow us to increase our potential growth in the coming years.

Q: Should support for certain sectors be prioritised?

A: The impact of the pandemic has been more intense in Spain than in other European countries of reference because here the containment measures imposed were among the strictest. Also because of the sectoral composition of our productive network, with a greater relative weight of tourism, hotels and commerce. Tourism accounts for 12.3% of our GDP and generates 12.7% of employment. Moreover, it has a significant drag effect on all branches of activity. Although it may sound exaggerated, it can be said that Spain lives off tourism. Therefore, I believe that tourism, and its entire value chain, should receive special attention from the government, because it represents the keystone of economic recovery. Anticipating the return of foreign tourists is vital and urgent: we cannot miss this year 2021. This would require, amongst other things, speeding up air traffic connectivity and activating programmes to boost demand.