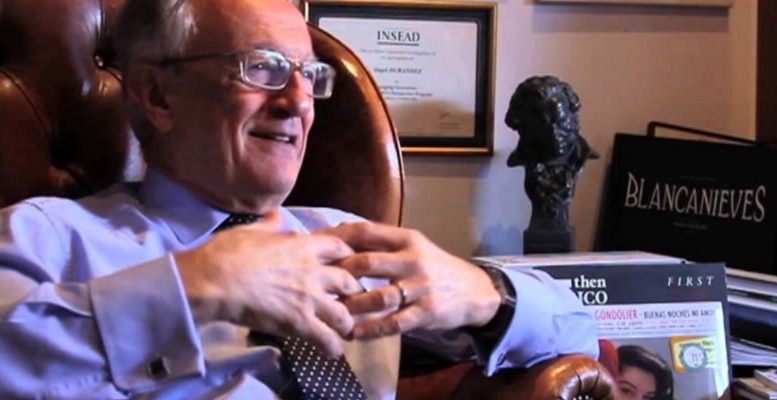 Almudena Díez | “The producer countries already impose considerable fiscal charges on the production of oil, basically because some of them live only on oil,” says Angel Durández, a member of Repsol’s Board of Directors.

This the year of the trade war, of threats of tarifs … How will this affect Repsol?

As a general rule, I think that you have to support a free trade in which tariffs are ever fewer, and which supports global growth. But there are countries, governments, who promote protectionist messages with their populations. And politically that may make sense, but in a short term way which returns to eras we thought we´d already overcome. There is nothing which benefits humanity more than a global market. It is shown that this contributes to a significant reduction in poverty. In regards to Repsol, being a global company it pays taxes in different countries, and the producer countries already impose considerable fiscal charges on the production of oil, basically because some of them live only on oil… It´s a paradox: on one hand it is a blessing that has fallen from heaven – holding large oil reserves – but it makes you so dependent on the fluctuations in global markets that it can be enormously punitive. And various examples exist at the moment.

There are investment funds – like the Norwegian sovereign wealth fund to give an extreme example – which prohibit the oil industry in their portfolios. This type of pressure from the big funds – the Blackrocks etc. Is it having an effect? It is making the companies more demanding – especially listed companies – about their environmental impact?

There is no doubt that this type of investor which shift large quantities of capital and dominate the stock market are there and that the focus they put on sustainability is ever greater. This does not mean that these companies do not invest in companies which show a responsible attitude and good sustainability practices. In fact, Black Rock is a share holder in Repsol because of this. Because we have a team that does regular road shows with institutional investors which invest in socially responsible companies, to inform them about how we develop our activities, about the measures we take in our investments and projects, finally so that they know first hand our commitment to sustainability.

Is Repsol´s bet on gas related to energy and environmental challenges?

Repsol is an energy company, and that means being a supplier of all types of energy for households and transport, and for different needs there are different solutions. Gas is a clear solution for the generation of electricity in Europe throughout this century if the projects for closing highly polluting coal and nuclear plants are to be carried through. Gas is also an efficient fuel and efficient for private cars and heavy transport. Gas is abundant and safe and considerably improves the current carbon footprint of major energy consumers like the EU or China, and is therefore fundamental in slowing climate change.

Is this why the US has bet on fracking?

Fracking lets you find pockets of oil or gas in the mother rock which you would not have been able to find before with conventional technology, which explores in vertical mines. Fracking is the consequence of technology which allows horizontal exploration and to get out all that is impregnated in the mother rock, which is a lot. The US has been in the hands of the oil exporting countries since the 80s and has seen domestic gas and oil production as a key lever in its energy independence and the improvement of the productivity of its industry and the country as a whole. And the replacement of coal-fired power stations by those that use competitive gas has been one of the major drivers in the reduction of emissions in the US in recent years. The difficulty is that they have to pump in water under pressure and, consequently, brings large scale consumption of this resource. Nevertheless, it is a technique which is being applied in regions with abundant water supplies.

Thus the protests by ecologists

The important thing, in any case, is that when there is a problem, you have to find a way of resolving it and avoiding it. Fracking has been the object of numerous and extensive studies by the authorities, and the activity is, without doubt, carried out responsibly. If the price of a barrel falls because, for example, Saudi Arabia decides to put large quantities of oil in the market, fracking could stop being competitive because the accounts don´t balance in an activity which implies greater costs than other kinds of production. But as prices are rising, for the moment, it is with the effort. It is a geostrategic or political issue, where one must be alert and it is very difficult to predict anything.