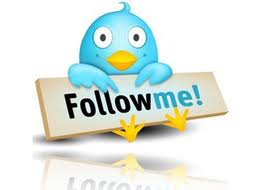 Students and politicians know it: a remarkable number of followers make a Twitter profile shine, look cooler or more credible. And not all of them need to be real. They can be purchased with a simple click: on average, 1,000 followers cost a mere $18. At some webs like BuyTwitterFollowers it costs $77 to buy 5,000 Twitter follower bots.

Research Scientist at Barracuda Labs Jason Ding made an interesting study on dealers and fake accounts that you can check here. For 75 days last May he investigated the business of trading Twitter followers on eBay and other websites searched from Google. He found out that one dealer can control as many as 150,000 Twitter followers. And profits are enormous: as much as $800/day for 7 weeks of selling followings if they can control 20,000 fake accounts.

Abusers are those who bought followers (most of which are fake) in order to look more popular or to use the accounts for selling ads. The average one has almost 50,000 followers and they can try to avoid being caught by buying followers multiple times from different services.

This underground market erodes the value of Twitter and also harm individuals and companies’ reputation. But has also helped new companies to thrive: those that can help determine how many users are fake, like Twitter Audit or Fake Follower Check, designed by Status People. How do they work? Simple. They look at a Twitter account to scan a certain number of followers and say how many followers are good, inactive, or fake.

There are other ways to home-made check on your followers. As a first test, you can go to other Twitter users for advice. Debbie Horovitch, from Sparkly and Shine agency, recommends alternatives to buy followers:

“Twitter’s main measure to prevent following/follow-back abuse is the 2,001 follow wall. Once you’ve followed 2,001 accounts the following to follower ratio must be 1:1.1 meaning you have to have 10% more followers than you can follow at any given time,” she says. “The key is to follow relevant people in the same industry, up or down the supply chain, customers, and people (Twitter profiles) found by searching twitter for bio & tweet conversation keywords.”

Be the first to comment on "Twitter’s underground economy: are you being followed?"