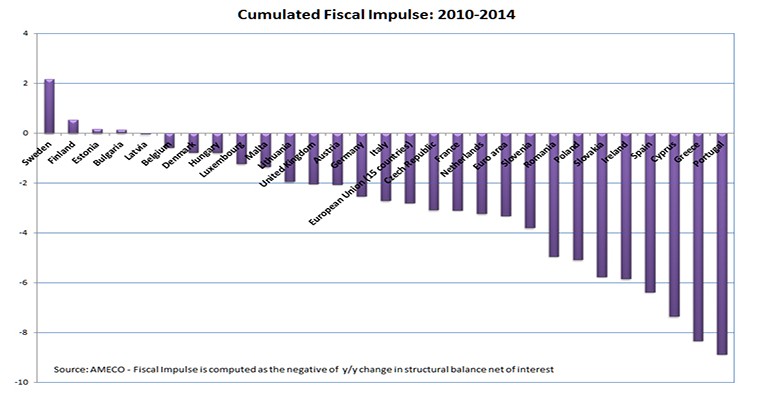 Big surprise. I am afraid some people do not have access to Wikipedia. If they had, they would read, under “liquidity trap“, the following:

A liquidity trap is a situation, described in Keynesian economics, in which injections of cash into the private banking system by a central bank fail to decrease interest rates and hence make monetary policy ineffective. A liquidity trap is caused when people hoard cash because they expect an adverse event such as deflation, insufficient aggregate demand, or war.

In a liquidity trap the propensity to hoard of the private sector becomes virtually unlimited, so that monetary policy (be it conventional or unconventional) loses traction. It is true that the age of great moderation, and three decades of almighty central bankers had made the concept fade into oblivion. But, since 2008 we were forced to reconsider the effectiveness of monetary policy at the so-called zero lower bound.Or at least we should have…

So, had policy makers taken the time to look at the history of the great depression, or at least to open the Wikipedia entry, they should have learnt that when monetary policy loses traction, the witness in lifting the economy out of the recession, needs to be taken by fiscal policy. In a liquidity trap the winner is fiscal policy.  Or at least it should be. Here is a measure of the fiscal stance, computed as the change in government balance once we exclude cyclical components and interest payments.

The vast majority of EU countries undertook a strong fiscal tightening, regardless of the actual health of their public finances. This generalized austerity, an offspring of the Berlin View, led to our double dip recession, and to further divergence in the eurozone, that would have needed coordinated, not synchronized fiscal policies. Well done guys…

And yet, Mario Draghi is surprised by the impact of QE.