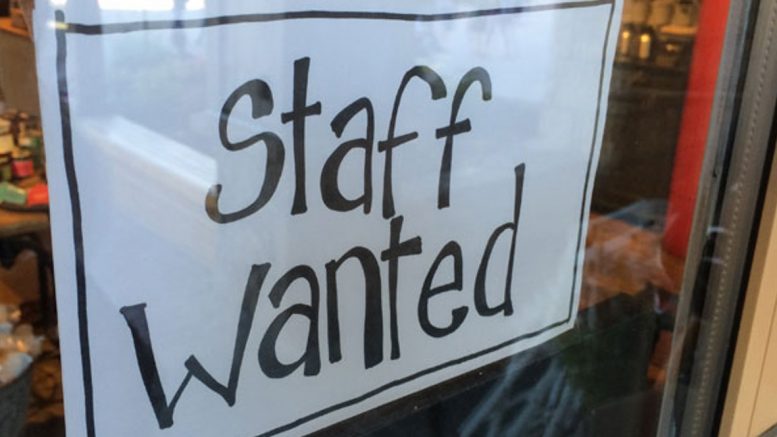 For the past couple of months, Eurozone business surveys have been reporting growing labour shortages, flags a report from AXA IM. “While bearing in mind the potential differences in sample represent activeness and statistical methodologies, it remains remarkable that these reported hiring difficulties are even larger than reported by US corporates,” the firm’s analysts explain. More specifically, according to surveyed German companies, hiring difficulties are at record highs both in industry and services.

Even in Southern European countries deeply affected by the negative demand shock of the Eurozone debt crisis, labour shortages seem to be back, close to pre -crisis levels.

Eurozone industrial corporates also estimate that their capacity utilisation rates are back in line with their long- term averages. Such labour and capital supply constraints are consistent with a late phase of the economic cycle, when the output gap is closed. Barring a significant tailwind (which is arguably rather absent currently in the Eurozone), the economy should then slow down back towards its potential growth, which AXA IM and most international organisations estimate to be around 1¼% per year in the Eurozone (with some country dispersion, closer to 2% in Spain and below 1% in Italy ).

Furthermore, inflationary pressures are however lacking (wages, core inflation), which is consistent with an underestimated labour market slack; a point President Draghi has repeatedly made.

The length of the Eurozone crises (2008- 09 and 2010 -13) , especially in Southern Europe, may have “hysteresis effects”, for example with unemployment permanently higher. Experts at AXA IM explain:

Conversely in Germany, unemployment could decrease further, lower than in the 1990s and 2000s, thanks to former Eastern Länder catching up and the positive impact of the past structural Hartz reforms.

Altogether, they believe the Eurozone economic reality is neither black (late cycle according to business surveys) nor white (large cyclical margin pictured by the under employment ratio) but one of fifty shades of grey.

We estimate the EMU output gap at around – 1% of GDP ( positive in Germany, – 1% in France and – 2% in Italy). This means the Eurozone can enjoy another couple of years of cyclical recovery with 2%+ growth, falling unemployment and slowly rising inflationary pressures.