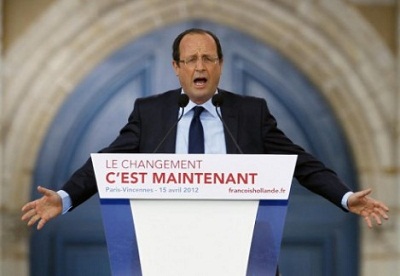 By Jesús Sánchez-Quinones, in Madrid, for Cotizalia | Europe has for more than three years now been immersed in a profound crisis of its economy and beyond. The focus of trouble has been moving from country to country. First it was Greece, when its authorities acknowledged that they had falsified its public account figures in late 2009. After Greece, the focus shifted to Ireland when his government had to seek a bailout to inject in the Irish banks a capital sum equal to 32% of its GDP. Then Portugal came to the fore; after the sovereign debt rating was downgraded to a junk bond level, it had to be rescued by the Troika (European Central Bank, International Monetary Fund and European Commission).

Last summer Spain and Italy monopolised the attention of the investing community.The ECB had to provide financial assistance to both countries buying bonds of both states to prevent that yields became unsustainable. Italy was for a couple of months in the spotlight, suffering even a change of government without elections and the imposition of its president from Brussels. Since the beginning of this year, and after recognition of a much larger deficit than that announced in 2011, Spain is again the star of all soothsayers’ analysis. It seems that the problems are not going to affect only the peripherals (Portugal, Italy, Ireland, Greece and Spain), but that the next victim of the turbulence will be France. Whatever the outcome of the second round of French presidential elections, there is every indication that none of the candidates is either ready to carry out the necessary adjustments or to tell the French people the reality of the situation of the French economy .

The country’s level of public debt to GDP is 89%. Its budget deficit for this year according to expectations will be 4.7% of GDP. Since the Organisation for the Economic and Cooperation Development began making public deficit statistics in the 70s, France has never presented balanced public accounts. The percentage of French government debt held by foreigners is 56%, double than in the case of the Spanish public debt. The French economy registers deficit in savings: the need for annual funding of the economy amounts to $63 billion, equivalent to 2.1% of GDP.

Although it seems that the tandem Germany-France or Merkel-Sarkozy is setting the pace in Europe, the situation of both economies is not that solid at all. Data in October 2011 shows that the Bank of France maintained a debt position of €100 billion to the Eurosystem, while the German Bundesbank maintained a creditor position of over €500 billion.

It’s only a matter of time that the focus of investors turns to France. If the final winner of the elections is the socialist candidate François Hollande and he really applies the programme he has announced, turbulence originating in the country is guaranteed.